With Skate America and the launch of the Grand Prix season coming up, Adam Rippon has made a gutsy move to change his free skate. The reigning U.S. Champion was originally skating to “Bloodstream” by 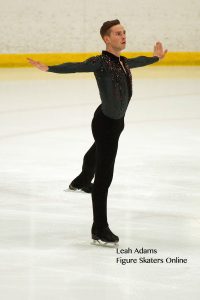 Stateless. He competed with the program last month at the U.S. International Classic in Salt Lake City, where he placed third (with a segment score of 160.38), and at the Japan Open on October 1st, where he came in fifth (166.85).

In a U.S. Figure Skating media call on Oct. 13, Rippon disclosed that he received criticism regarding his original free skate music because it did not “build” and “carry” well. While still in Japan following the competition, he informed his coach, Rafael Arutyunyan, that he wanted to change his free skate. He then scheduled to meet with his choreographer, Benji Schwimmer, as soon as he arrived home from Japan. He dropped off his bags following his flight and went directly to the studio to begin working on his new program.

“I wanted to save skating to this music [the new free skate music] for the Olympic season because I really fell in love with it and it’s something I really wanted to do,” Rippon said. “I really wasn’t connecting the way that I wanted to with the free skate that I had at the beginning of the season and all summer. I just thought to myself, ‘you never know what’s going to happen and if you have a good idea you have to use it, because if you use your good idea it might make room in your brain for an even better idea.”

Though this change might seem abrupt to some, Rippon had already been skating to the main piece of music, Coldplay’s “O (Fly On),” as an exhibition program while he toured with Stars on Ice and Mao Asada’s THE ICE, so he is incredibly familiar with the program. His free skate will begin with “Arrival of the Birds” by The Cinematic Orchestra before moving into the “O” song. 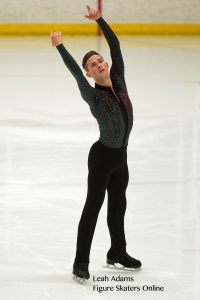 “At this level your patterns and sequences don’t change too much, so my order of elements is relatively the same and I’ve been training that order the whole summer,” Rippon explained. “So yes, the transitional steps are a little bit different but that order and that rhythm and that muscle memory is all still there. To be honest, it would almost be a bigger risk, waiting to change it [the program] later in the season.”

Rippon is planning on performing one quad toe loop during the first half of his free skate and two triple Axels in the second half. He hopes to add a quad Lutz back into the first half of his program, possibly later on in the season. Rippon currently is not planning on including a quad in his short program (which he described as “straight up club music” that he really enjoys dancing to). While the amount of quads has certainly increased for many of Rippon’s competitors, he is still confident that as long as he can include one or two quads in his free skate it will be enough for him to stay competitive with the rest of the field.

“The quads—that’s not my strength,” Rippon stated matter-of-factly. “Figure skating is a competition of so many different components, you need a quad because that’s so many points and you have to be point driven, but if you can’t do four quads then you have to do the rest of the elements as well as you can. I’m just focusing on myself because the only thing that I can control is my own skating and my own elements and, at the end of the day, if I do everything that I planned to do as well as I can, I’m not going to come away from an event disappointed.”

Editor’s Note: Click here to read Adam’s Q&A  from Salt Lake City last month in which he discussed his exhibition version of Coldplay’s “O (Fly On)” and his plan to “continue the story through” (which now has happened sooner than expected).