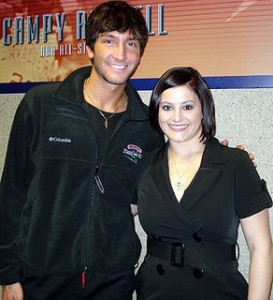 Dominique Moceanu knows what it takes to be the best in the world. In Atlanta, she was a part of the first United States gymnastics team, known as the Magnificent Seven, to win Olympic gold.

“Standing on the podium watching the flag being raised was one of the most incredible experiences of my life,” she said from her home in Cleveland. Moceanu thinks the next person to hear the national anthem could be World Champion Evan Lysacek, who is in second place heading into Thursday’s free skate at the 2010 Olympic Winter Games.

“He has everything that he needs to win a gold medal and I really hope that he can do it,” Moceanu said. Like many gold medalists including gymnast Nastia Liukin and women’s hockey player Angela Ruggiero, Moceanu is taking her support of Lysacek to Twitter, sending several Lysacek related messages to her more than 3,000 followers.

“As an athlete, I think the more support that you get, the better you feel about yourself,” said Moceanu, who has long retired but still participates in gymnastics clinics. “I choose to come out and let everyone know I support Evan because I want him to know that I’m behind him, I’m supporting him. I think it’s very encouraging to have other people who have been in similar situations telling you that they’re behind you.”

“I think it gives Evan some momentum to have such a good group of supporters,” she said. “It gives him the momentum that he needs to keep going even when he might be nervous or might have a doubt. Sports are really all about momentum. If I can send a tweet and it lights a fire, and it helps push him forward, pushes him past Plushenko, I think that’s amazing. I know that when I was competing, it was so much more exciting if I knew another Olympian was pulling for me. I hope that my support can give Evan a little push or even just make him smile. It’s really tough to be in his position.”

Moceanu met Lysacek for the first time a few years ago when she was invited backstage at a Stars on Ice show.

“My husband Mike and I had a wonderful conversation with Evan there,” she said. “I remember it was very busy backstage with a million different things going on but he took the time to introduce himself and talk to us, even though he was in the middle of the show. His mother and father were also there and they spent some time with us. The Lysaceks were  so generous with their time that it definitely struck a cord with me. I haven’t formed a friendship with him or his parents so I’ve mostly been watching him from afar.”

Another thing that attracted Moceanu to Lysacek was his story, which includes a devastating short program at the 2006 Olympics in Torino, after which he was so dehydrated that he had to have an IV before the free skate, as well as several brushes with injury. Lysacek pulled out of a couple Grand Prix Finals and the 2008 World Championships.

“I’ve always been drawn to the athletes who over come adversity in their careers,” Moceanu said. “Sometimes things don’t quite work out in sports, or just in life, but Evan has been dedicated to overcoming whatever gets in his way. He’s pushed though really discouraging experiences for an athlete. I think his work ethic is really admirable. Evan is the kind of person that I just want to root for. He’s the kind of person you just want to see do well.”

If she could offer him last minute advice for his free, she would tell him to enjoy every second on the ice because “special Olympic moments are so rare.” She would also tell him to”take the ice with absolutely no reservations, no doubts and no second thoughts about his ability and he won’t leave the ice with any regrets.”

“Confidence is the key out there,” she said, drawing on her own experiences as a world class athlete. “I think he has to be very confident that he can do the best routine of his life. If you start to doubt yourself, that’s when you start making mistakes. You have to believe in yourself 100-percent.”

Moceanu is also a fan of Johnny Weir, who remains in medal contention following his sixth place short program. He is also drawing support from celebrities including comedian Kathy Griffin, talk-show host Kelly Rippa and the mother of singer Lady Gaga, whose picture is hanging in Weir’s room at the Athlete’s Village.

“I absolutely love Johnny Weir,” Moceanu said. “It’s so exciting to watch him because you never know what he is going to bring to the ice. I’m always on the edge of my seat waiting to see what he’s wearing and what he is going to say afterward. I think of Johnny as natural entertainer — he has a ton of personality — but not as good of a competitor as Evan. Sometimes he crumbles when he’s under a lot of pressure to do well. I know he wants it though and he’s not about to give up the fight for a medal.”

Moceanu considers herself a longtime fan of figure skating.

“Ever since the days of Kristi Yamaguchi and Tara Lipinski, I’ve been watching skating whenever I can” Moceanu said. “With Tara, there was an instant connection because she was 15 when she won the Olympics, and I was 14 when I won. She is from Sugarland, Texas, and I’m from Houston.”

She called figure skating the gymnastics of the Olympic Winter Games.

“Gymnasts and skaters share so much in common because of the intense training where the focus is primarily on the individual,” Moceanu said. “In competitions like the Olympics and Worlds, maybe a couple others, gymnastics has team competitions but day in and day out, just like skating, it’s everyone out there competing for themselves.

“Both sports are also the perfect match of athletic ability and artistry,” she added.

Moceanu is currently co-writing a four book series with Disney/Hyperion that is due out in 2012. The books are about elite gymnastics from Texas who are training to make the Olympic team but Moceanu said, “The story is more about the friendships that develop from gymnastics,” than the actual competitive aspect.

Moceanu, who will be inducted into the U.S. Gymnastics Hall of Fame in August 2010, is also a mother to daughter Carmen Noel, born on Christmas Day in 2007, and Vincent Michael, born in March 2009. She received her bachelor’s degree in Business Management from John Carroll University last year. 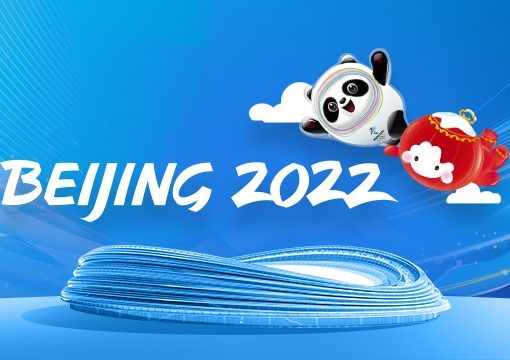