“I am honored to win the Readers’ Choice Award for the second time in my career,” Weir said. “I gave my all to my craft this past season, and I am so proud that my fans were entertained and inspired from watching me.”

Weir’s 2009-10 season included a fourth-place finish at the Rostelecom Cup, a silver medal at the NHK Trophy and a bronze medal at the 2009 ISU Grand Prix of Figure Skating Final. His bronze-medal win at the 2010 AT&T U.S. Figure Skating Championships helped qualify him for the 2010 Olympic Winter Games, where he finished sixth.

“I have the most amazing fans in the world, and this award is really for them,” Weir said. “I thank them for sticking with me through thick and thin, without complaint and with constant love.”

The three-time U.S. champion recently announced that he will not compete during the 2010-11 season, taking time off to concentrate on his skating technique and pursue other interests.

“I want to thank my family, my coaches, Galina Zmievskaya, Viktor Petrenko and Nina Petrenko, my choreographer David Wilson, and my agent Tara Modlin of Fireworks Sports Marketing,” Weir said.

The full title of the award is the “Readers’ Choice Skater(s) of the Year, Michelle Kwan Trophy.” The trophy is scheduled to be presented to Weir at the 2011 U.S. Championships in Greensboro, N.C.

Each spring, SKATING magazine readers are asked to vote for the eligible skater in any discipline whom they believe is most deserving of the award, based on the accomplishments of the past season. The Michelle Kwan Trophy, which represents both the sport of figure skating and SKATING magazine, is a one-of-a-kind crystal sculpture designed by Crystal Signatures of Pennsylvania.

The Readers’ Choice Award is given annually by SKATING magazine, the official publication of U.S. Figure Skating. Voting was open to the public on www.usfigureskating.org. 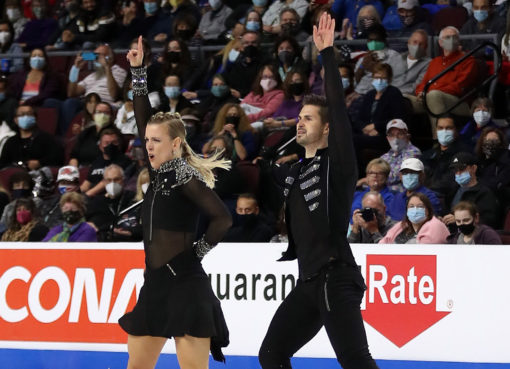