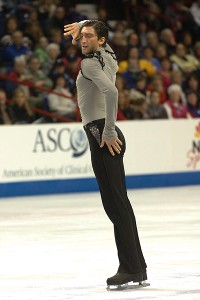 World Champion Evan Lysacek believes in the power of the quadruple jump. “I think that the quad is essential to winning the Olympics,” he told Figure Skaters Online in an exclusive interview earlier this season.

But Lysacek said Thursday that he is unlikely to perform the a quad toe at the 2010 Olympic Winter Games in Vancouver, Canada, because he does not want to aggravate an old injury to his left foot.

“It’s a big risk factor for me with my foot,” said Lysacek, who did only one triple toe and one double during Thursday afternoon’s practice, his first on Olympic ice. “This just happens to be a jump that’s too dangerous for me to do.”

Lysacek practiced the quad through the 2010 U.S. Championships in Spokane, Wash., but fell on the element in his free, a mistake that helped put him a distant second to Jeremy Abbott. Feeling pain after that performance, he feared his stress fracture had returned, although his doctor later confirmed it had not.

He competed with a stress fracture at the World Championships. Without performing a quad, he scored 242.23 total points, which was not only a personal best but it was also the highest score ever received by an American man.

Lysacek surpassed that mark by scoring 249.45 at December’s Grand Prix Final, again without the quad. In his free skate, he landed eight triple jumps, including two triple-triple combinations, lutz-toe and flip-toe. His only error came when he popped his second triple Axel, which was supposed to be in combination.

And he qualified for the Grand Prix Final without trying a quad at Cup of China or Skate America.

Even without landing the quad in Vancouver, he could still land on the podium.

• Abbott performed a few quads in practice on Thursday but Johnny Weir did not attempt any.

• “Every medal contender could be first or 15th,” Weir said after his Thursday practice. The men’s competition has several proven champions battling out for three spots not only including Weir and his teammates Abbott and Lysacek but three other World Champions: France’s Brian Joubert, Russia’s Evgeni Plushenko and Switzerland’s Stephane Lambiel. Japan also has two skaters in serious contention for a medal.

• Lysacek and his team have three hotel rooms as well as a room in the Athlete’s Village, giving him options on how to best prepare himself for Tuesday’s short program. Abbott opted for the Village, sharing a condo with the three U.S. male ice dancers. Weir is rooming with ice dancer Tanith Belbin.

• “If you didn’t know, I’m a bit of a diva when it comes to my living situation,” Weir said after his practice, where he did a light run-through of his short program. “I think [Belbin’s] the best roommate I could ask for. It’s going to be easy. I definitely couldn’t room with one of the boys.” He plans on purchasing a pink bath mat before Belbin arrives Friday, later than expected because of delays caused by the snow fall in Philadelphia.

• Abbott worked up the nerve on Thursday to introduce himself to snowboarder Gretchen Bleiler, who like Abbott is also from Aspen, Colo. They shared an elevator. He also spotted her Wednesday but was too shy to say “Hello”. He also met speedskater Simon Cho, who he often competes with for the top spot on NBC Olympic’s Top 10 Tweets of the Week.

Inside the Games: U.S. pairs notebook 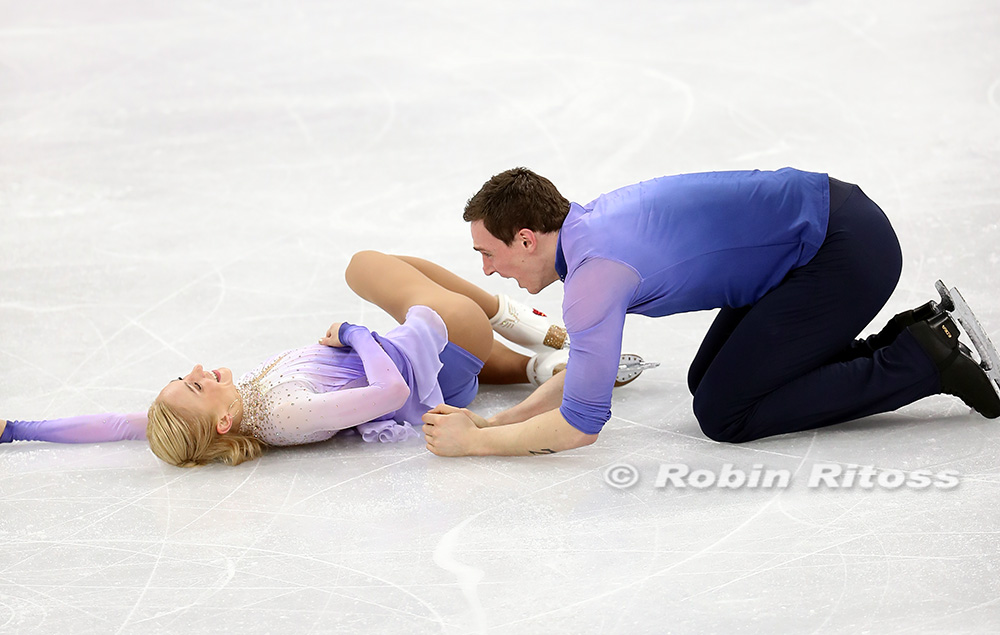