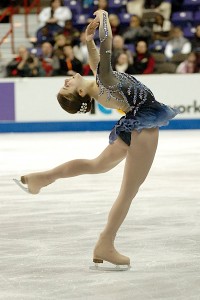 “I am grateful for all Priscilla did for me,” Wagner said. “I am looking forward to working with Mr. Nicks and his team to prepare for the new season.”

“We are excited to work with an established elite athlete such as Ashley,” Mills said. “She comes from a solid coaching background. We want to help her continue to develop her aggressiveness and consistency as she heads into the upcoming season.”