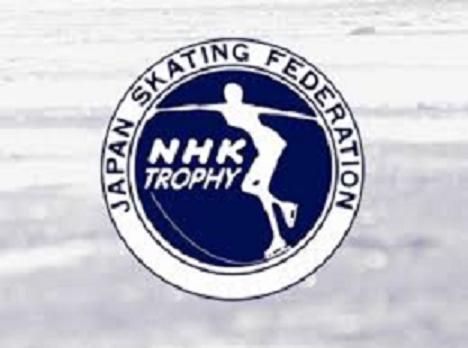 With the NHK Trophy, the sixth and final event of the Grand Prix circuit in the books, it is now official that Gracie Gold and Ashley Wagner will join the Team USA ice dance teams of Madison Chock and Evan Bates and Maia and Alex Shibutani in Barcelona for the Grand Prix Finals. Wagner will be making her third consecutive appearance at the event, while Gold will be competing in the Finals for the first time in her career. Olympic team bronze medalist Jason Brown has also be named first alternate for the men’s competition, in case another skater has to withdraw. Here is a recap of how Team USA did.

Coming off of a disappointing fifth place finish at Skate America, Jeremy Abbott came into the NHK Trophy looking to rebound in preparation for defending his national title in January. After the short, Abbott found himself in second place, riding his component score while choosing to not include a quad. His free skate to “Adagio for Strings” was much improved over his performance at Skate America, though he was forced to triple his popped quad attempt and double his planned triple Lutz. A second triple Axel not completed in combination also added to his technical detriments, eventually resulting in Abbott finishing in fifth place, despite posting the highest component score in the competition. 2013 World Junior Champion Joshua Farris and 2013 U.S. silver medalist Ross Miner comprised the other members of the American men’s contingent in Osaka. Both struggled in the short program, landing in 11th and 10th respectively, though Miner was able to bounce back in the free skate, finishing in seventh place. Farris was coming off of an ankle injury that had forced him to withdraw from Cup of China. He seemed tentative on his jumps, falling on both his quad attempts and doubling and singling most of his other jumps. He finished the event in 11th place. All three men will look to regroup in preparation for the upcoming U.S. Championships in Greensboro.

Gracie Gold entered the NHK Trophy coming off of a bronze medal performance at Skate America. She made a statement in the short program, skating cleanly and just edging Russia’s Alena Leonova for first place. Gold was able to capitalize on Leonova’s mistakes in the free skate. Despite doubling out of her planned triple flip and falling on her triple Salchow, she finished in first for her maiden Grand Prix gold medal due in part to all of her spins receiving level 4 for quality and execution. Polina Edmunds struggled in the short program, showing uncharacteristic jumping inconsistency, but recovered in her “Peter Pan” free skate to finish eighth overall. Christina Gao also represented the United States in Osaka and landed in sixth place after the short, but finished in ninth after a conservative free skate. Gold will now advance to the Grand Prix finals with Team USA teammate Ashley Wagner. The two Americans will be up against four young Russians who have dominated the Grand Prix circuit this season in what should be an interesting competition.

Grand Prix Standings: Below are the skaters who have qualified for the Grand Prix Finals:

The new team of DeeDee Leng and Olympic Bronze Medalist Simon Shnapir made their second Grand Prix appearance of the season in Japan after an eighth place finish at the Rostelecom Cup. Leng and Shnapir made several mistakes in their “Miss Saigon” free skate, showing some growing pains in their first season together, including a double throw instead of a triple, though they displayed nicely synchronized spins and high level lift positions. They finished the competition in sixth place and will be looking to further improve in consistency before they take on the rest of the nation’s best pairs teams in Greensboro.

Grand Prix Standings: Below are the skaters who have qualified for the Grand Prix Finals:

Note: Haven Denney and Brandon Frazier(USA) have been named second alternates for the Finals.

Reigning Junior World Champions Kaitlin Hawayek and Jean­-Luc Baker finished their short program in fourth place but were able to put together a solid performance of their “Romeo and Juliet” free dance to move into third place and win their first senior medal and first medal on the senior Grand Prix circuit. Hawayek and Baker were able to channel their lack of pressure and expectation going into the event and overcame their circular step sequence and combination spins only receiving Level 2, displaying the trademark consistency that has made the USA such a force in international Ice Dance. For more on the ice dance competition, visit Ice-Dance.com

Note: Madison Hubbell and Zachary Donohue have been named second alternates for the Finals. 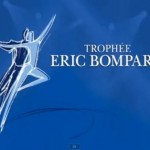 Hochstein among 14 head to Germany