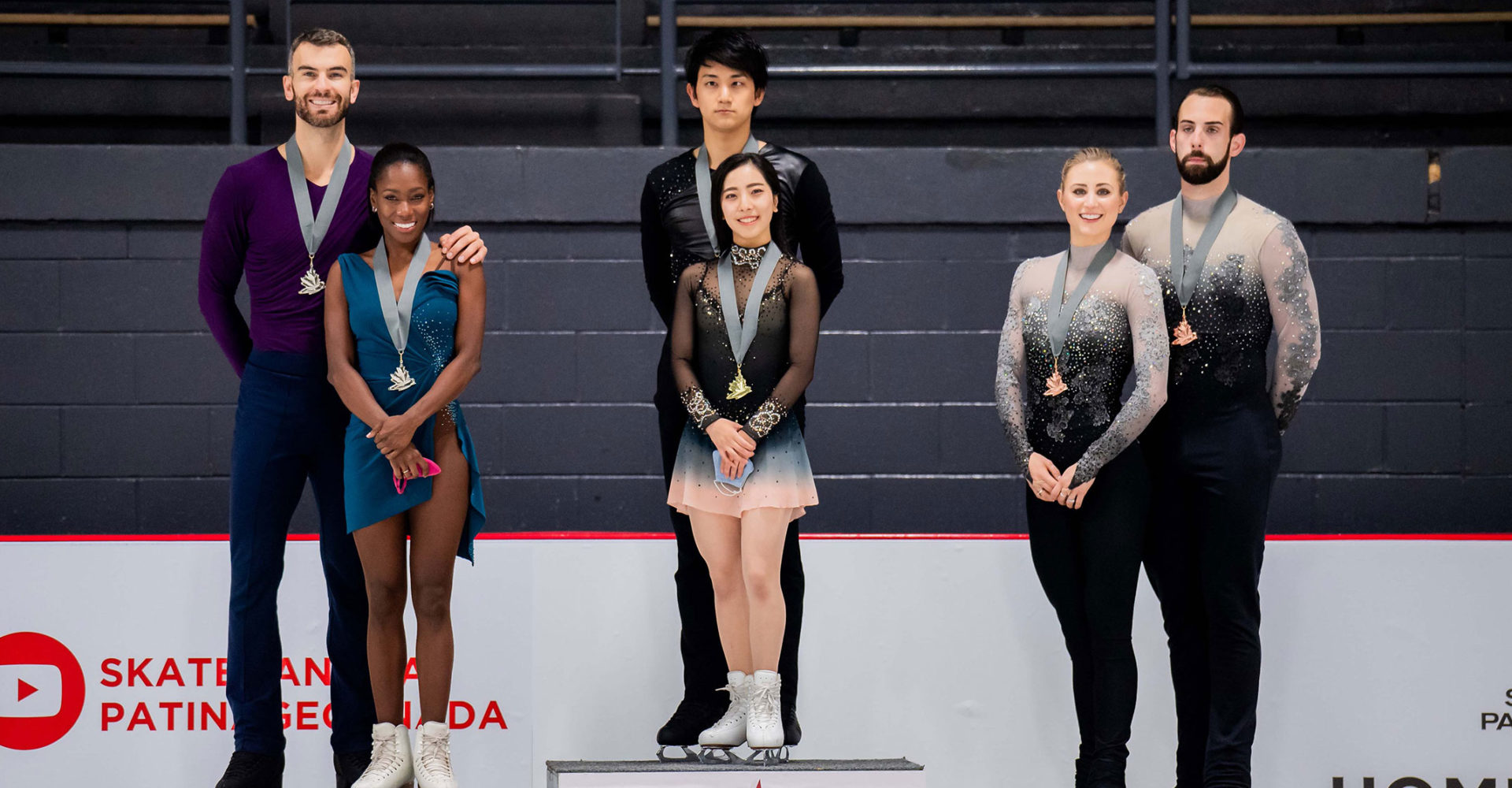 Japan’s Riku Miura and Ryuichi Kihara teamed up in August 2019. With the COVID-19 pandemic forcing competitions to be cancelled, the team has only competed a total of four times in the past two seasons. In their fifth competition and first of the 2021-2022 season, the pair, who are coached by Bruno Marcotte in Oakville, Ontario, took home the gold medal, their first international medal at the ISU Challenger Series event – Autumn Classic in Pierrefonds, Quebec, Canada Sept. 17. The team earned a ISU personal best short program score of 72.32, a ISU personal best free skate score of 131.74 and a ISU personal best total score of 204.06.

All eyes were set on the international debut of Canada’s Vanessa James and Eric Radford. In April, Radford, a three-time Olympic medalist and two-time world champion who retired with partner Meagan Duhamel following the 2018 Olympic season, announced he was coming out of retirement and would be skating with Vanessa James, European champion and world championship medalist, who had competed previously for France. James was released by the French federation to compete for Canada the day before the two announced their partnership. James was born in Canada, making her eligible to compete at the upcoming Olympic games.

After the short program, James and Radford, who train with Julie Marcotte and Ian Connolly, were about four points behind Miura and Kihara. In the free skate, James fell on first triple toe of the side-by-side triple toe-triple toe combination and singled the side-by-side triple salchow. While the pair managed to cleanly execute a throw triple salchow, James fell on the throw triple lutz toward the end of the program. James and Radford earned a free score of 115.72 and a total score of 184.01 to win the silver medal.

“We were hoping for better obviously,” Radford admitted following his free skate. “There is so much for us that we have to keep in perspective. The saying goes ‘You learn so much more from your failures than your successes.’ So here we go, we have a huge learning opportunity here and that’s how we are going to take this.”

“We have been skating pretty well and this is our first international competition,” James added. “I am very proud of the pair elements that we did because that is what is new. Now I’m learning to come back and compete. Eric did an amazing job, but for me, I think this is a learning lesson in how to control my stress and to perform and test my training, because we have been training very well. So I’m taking this as a step in our career.”

James and Radford will compete at Finlandia Trophy in Espoo, Finland early next month before making their Grand Prix debut as a team at Skate Canada International at the end of October.

Taking home the bronze medal was 2019 U.S. Champions Ashley Cain-Gribble and Timothy LeDuc, who were making their season debut. Cain-Gribble and LeDuc were supposed to start their season at the inaugural Cranberry Cup International at the Skating Club of Boston in Norwood, Mass. in August, but were forced to withdraw after Cain-Gribble contracted the coronavirus a few weeks earlier. The team, who trains in Euless, Texas with Cain-Gribble’s parents, Peter and Darlene Cain, earned a free skate score of 111.06, which was fifth in the free skate. They had a total score of 170.64 to finish on the podium in third-place.

“The journey of coming back from having COVID has been extremely tough,” said Cain-Gribble wrote in an Instagram post. “It has been a learning process and this has just been the start of working our way back. I’m doing my best to be okay with where I’m at now and as an athlete that is hard when all you want to do is feel like your normal self.  You will see me at 100% soon, but for now we will just get back to work.”

Canada’s Deanna Stellato-Dudek and Maxime Deschamps, who paired up following the 2018-2019 season, missed the podium by less than a point, finishing fourth place with a total score of 169.91, in their international debut. They did finish third in the free skate with a score of 112.08. Stellato-Dudek, who had previously competed with Nathan Bartholomay of the U.S., was recently released by U.S. Figure Skating, making them eligible to represent Canada internationally.

“We were really excited for the opportunity,” the 38-year-old told the media following their free skate. “We had some really silly mistakes out there. All-in-all, it was a good experience and we are hoping to get more of these (international assignments) so we can get better.”

Stellato-Dudek does not have Canadian citizenship, making them ineligible for the 2022 Winter Olympics, but the team is hoping for a good showing at the 2022 Canadian Nationals and a chance to compete at the 2022 Four Continents Championships.

Stellato-Dudek’s previous partner, Nathan Bartholomay and his partner, Katie McBeath finished the competition in fifth-place with a total score of 168.61. The team, who train with Jenni Meno and Todd Sand in Irvine, Calif. kicked off their first international season together with the Cranberry Cup event and then competed at the inaugural John Nicks Pair Challenge in New York City, just a week before Autumn Classic.

“I’m really pleased with how it went,” McBeath said. “We had a few competitions the past two weeks. We got a new personal best this week so I was really excited about that and I thought Nate and I were much more connected than we have been in the program the past couple times.”

“We skated really strong today,” Bartholomay added. “We still need to work on a few things to pick up our second mark, but overall we are really happy. As Katie said, a new personal best so we can’t complain.”

McBeath and Bartholomay were joined in Pierrefonds by three-time U.S. Champion Chris Knierim, who is also part of their coaching team in Irvine.

“Chris is a really good friend of mine and we have been competitors for years and he has really step into his coaching role incredibly well,” Bartholomay said, noting that Knierim only stopped competing with his wife, Alexa (Knierim) just recently. “It is cool to have someone like that calibar at the boards because he knows exactly what is going through our heads. If we miss something on the warm-up, he is like ‘Okay’. He has exactly the right answers a lot of the time, so it is great.”

“I have been enjoying it,” added McBeath. “Especially I have found at our trainings at home, on some of the hard days that we have had and stuff, I think his coming out of competition not that long ago, he has been able to step in our shoes a little bit in that moment and really help us through that. We have had some really good working sessions, no matter what is happening with elements and what not. So I think that has really been beneficial.” 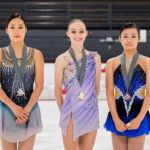 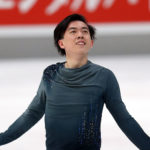 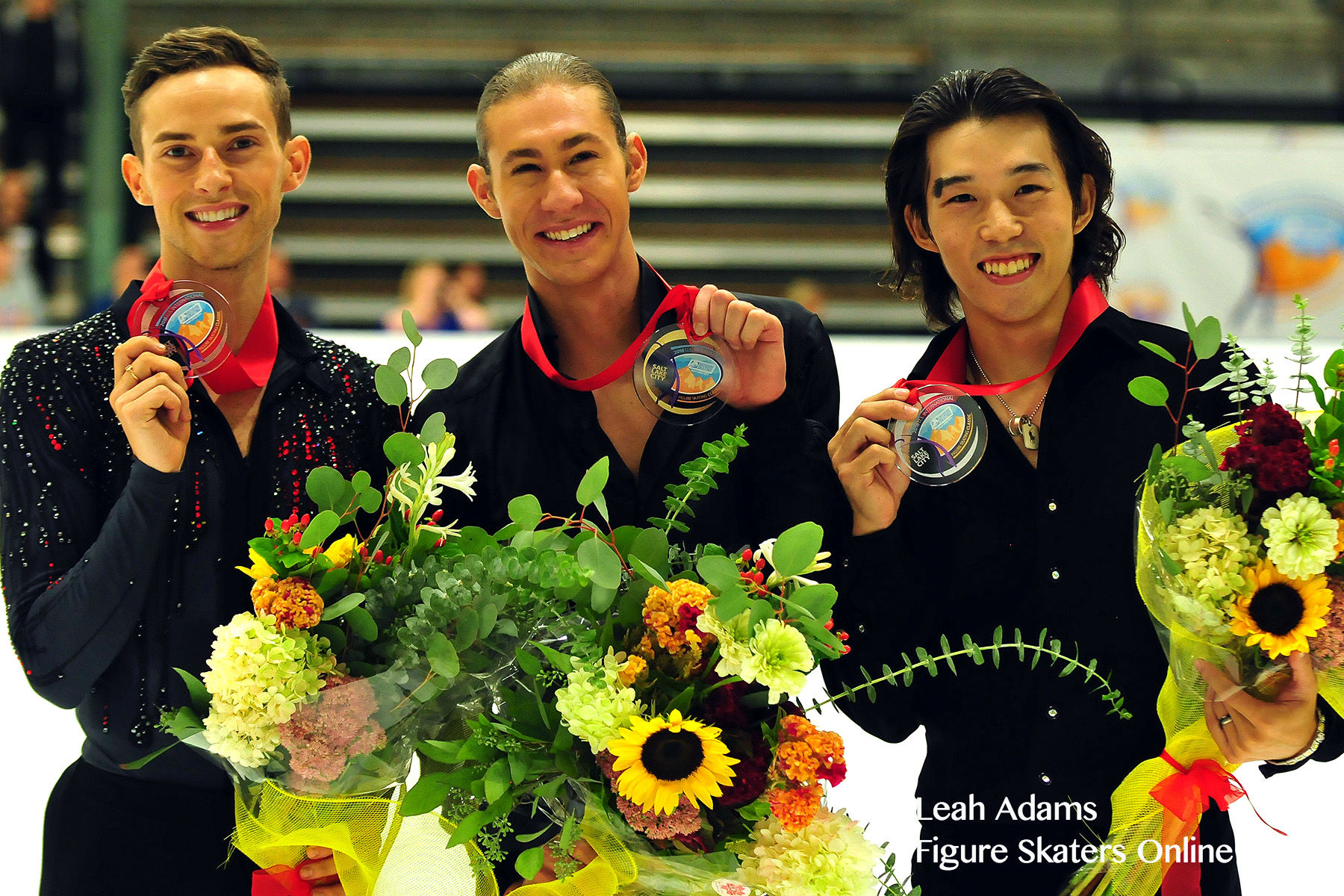