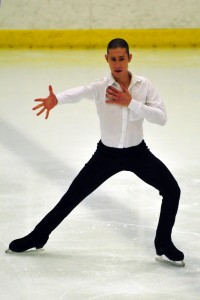 Figure Skaters Online (FSO): What were some of your personal highlights on and off the ice from your first experience of Mao Asada’s “The Ice” tour in Japan?

Jason Brown (JB): (Enthusiastically) Oh my gosh! One of the most amazing things was skating with my idols and role models. It was such a cool thing to be skating alongside Jeffrey Buttle, Mao Asada, Carolina Kostner and Joannie Rochette, among others. I was starstruck the moment I got there and they could not have been nicer people. It was one of the best highlights. Second, I would say just doing shows in Japan. I have never done that tour before and even when I’ve done Stars on Ice, I didn’t do the group numbers because I was just kind of in and out on some of the weekends, so this was my first time I got to skate in the group numbers and really feel a part of the show. That was really special for me. Number three would be the Japanese fans. They were incredible! They love figure skating and they totally open their hearts. It was amazing to skate for them.

FSO: Why did you change your short program and go with your exhibition, Sam Smith’s “Writing’s on the Wall”? (Note: Jason had originally planned to keep his “Appassionata” short program from last season.)

JB: I needed a bit of a change. When I competed it, it was like my sixth run through so it was very, very new. What we ended up deciding with my coach and the judges was that my short and my long were a little bit too close and similar. They wanted me to do something different. I had never used lyrics before and I think they were interested, like ‘what else would you be able to do that is already sort of prepared, but at the same time new?’ I was literally doing my monitoring session at Champs Camp and Kori (Ade) said to them, ‘how about you watch the exhibition program?’ So I did it and they said, ‘that’s it!’ The exhibition was 40 seconds longer and didn’t have as many jumps, (laughing), but we made it work. There is so much I love about the program and still so many areas I need to work on to make it grow. I can’t wait to get back home and do that before Skate America. 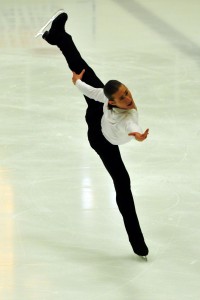 FSO: What did you learn from missing Nationals? What inner strength lesson?

JB: The biggest thing that I learned was never to take my body or my health for granted. That was huge for me. Growing up, you tend to think of yourself as invincible. Jump, jump, jump, jump, jump or constantly going non-stop. I was really good at stretching and really good at doing recovery, but the older you get you realize how important that is. Although I was still stretching and doing recovery, it wasn’t the same amount as when I was 18 and 19. It is not the same, so that was the biggest thing and listening to my body. Definitely not pushing through when I’m in pain. I don’t look at it as I’m in pain and I don’t want to skate right now. I’m going to take the time off. I believe that taking a day off now is way better than a week or two weeks off from an injury.

FSO: You skated two international competitions back to back (Lombardia Trophy and U.S. International Classic). That had to be hard?

JB: It was hard, but you’re constantly making sure you’re staying focused in the present and not thinking, ‘Oh I just competed, my body is tired.’ I’m here right now, in the moment. For me, I actually looked as these as back-to-back practices — doing the quad, doing these programs — so I can then take everything that I learned in these two weeks and apply it to the Grand Prix season. Also the Team Event and Individual event at the Olympics are within a week period and I really want to be there and trained to compete.

FSO: You’re a big supporter of the Ronald McDonald House. How did you get involved?

JB: After the Olympic year, I was thinking I wanted to give back and partner with a charity. So people throw stuffed animals on the ice to express their appreciation for the skaters. I wanted to pay it forward and do something where everyone could get involved. The Ronald McDonald House is all over the world.