The event, which will be broadcast on NBC and Oxygen, takes place March 22-29 at STAPLES Center in downtown Los Angeles. More than 200 athletes from at least 50 countries will compete for podium spots. For the full list of skaters, please visit www.isu.org.

Reigning U.S. champion Alissa Czisny (No. 16 in the icenetwork.com World Figure Skater Rankings) leads the U.S. ladies contingent. Czisny won gold at the 2008 U.S. Collegiate Championships and the 2008 Nebelhorn Trophy, and finished third at Skate Canada and fourth at the Cup of Russia. She will be joined by 2009 U.S. silver medalist Rachael Flatt (No. 10), who will make her first appearance at the World Championships. She is the 2008 World Junior champion and a two-time U.S. silver medalist. She won silver this season at the Cup of Russia and finished fourth at Skate America.

The U.S. men are a talented trio, headlined by Abbott (No. 3), who became the first American man to bring home the gold from the Grand Prix Final. After winning the Cup of China and finishing fourth at the Cup of Russia, he was crowned the 2009 U.S. champion in January. Abbott will be joined by two-time World bronze medalist Evan Lysacek (No. 7) and 2009 U.S. silver medalist Brandon Mroz (No. 16). Lysacek earned bronze at the 2009 AT&T U.S. Figure Skating Championships and followed that with a silver medal at the 2009 Four Continents Figure Skating Championships. Mroz came in fifth at Trophée Eric Bompard and seventh at Skate Canada.

The U.S. pairs teams of Keauna McLaughlin and Rockne Brubaker (No. 8), and Caydee Denney and Jeremy Barrett will each make their debut at the World Championships. McLaughlin and Brubaker, the 2007 World Junior champions, captured their second consecutive U.S. pairs title at the 2009 U.S. Championships. They won silver at Skate America and bronze at Skate Canada. The newly formed team of Denney and Barrett were the surprise silver medalists at the 2009 U.S. Championships.

2006 Olympic silver medalists Belbin and Agosto (No. 5) will return to the competitive circuit for the first time since their withdrawal from the 2008 Grand Prix Final and the 2009 U.S. Championships due to Agosto’s back injury. The five-time U.S. champions collected silver medals this season at Skate America and the Cup of China. The veterans are competing in their ninth consecutive World Championships. They won silver in 2005 and bronze in 2006 and 2007.

Newly crowned U.S. champions Meryl Davis and Charlie White (No. 3) return to the World Championships looking to improve upon last year’s sixth-place finish. They brought home bronze from this year’s Grand Prix Final and won the gold last month at the Four Continents Championships. This will be the first World Championships appearance for 2008 World Junior champions, 2009 U.S. silver medalists and 2009 Four Continents bronze medalists Emily Samuelson and Evan Bates (No. 9). In their first season in the ISU Grand Prix of Figure Skating Series, the duo won bronze at the NHK Trophy and came in fourth at Skate America.
The Competition

The men’s title is up for grabs with the retirement of 2008 World champion Jeffrey Buttle of Canada. The 2008 runner-up to Buttle and 2007 World champion Brian Joubert (No. 1) of France will look to claim his second World title. He goes up against Four Continents champion Patrick Chan (No. 2) as well as Grand Prix Final silver medalist Takahiko Kozuka (No. 5).

In pairs, last year’s World champions Aliona Savchenko and Robin Szolkowy (No. 1) of Germany will take on China’s Qing Pang and Jian Tong (No. 2), champions at this season’s Grand Prix Final and Four Continents Championships.

The Grand Prix Final ice dancing champions and reigning World titlists Isabelle Delobel and Olivier Schoenfelder (No. 1) withdrew from the competition due to injury. Russians Oksana Domnina and Maxim Shabalin (No. 2) return to the World Championships after a year hiatus from the event. The Grand Prix Final silver medalists hope to improve upon their fifth-place finish in 2007. 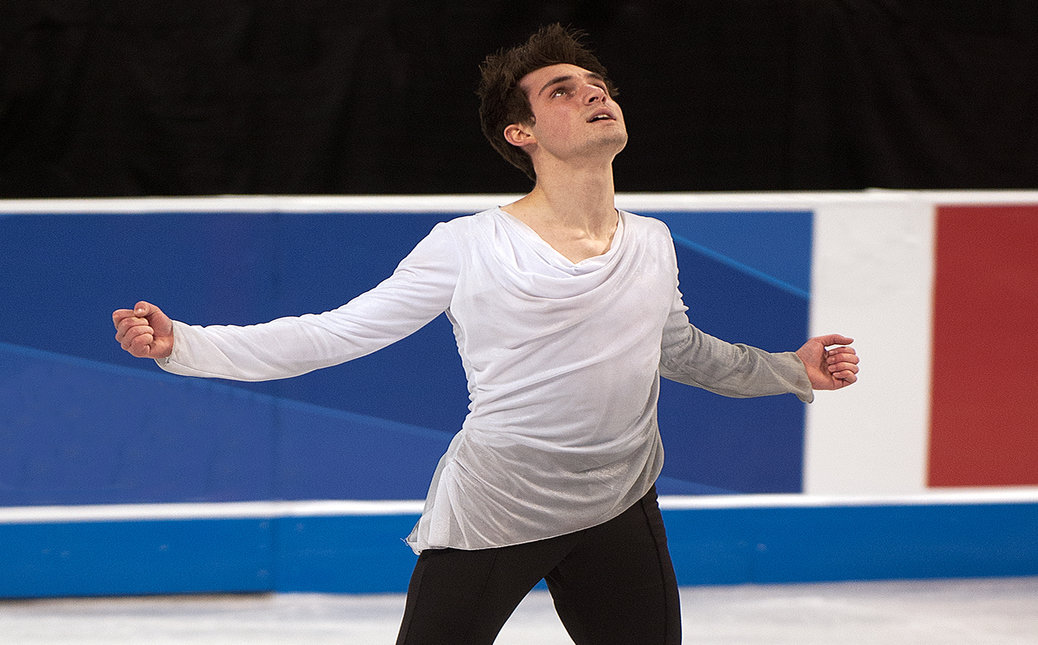