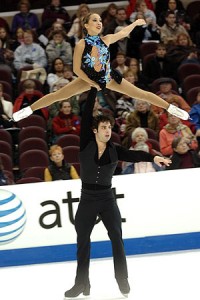 Keauna McLaughlin and Rockne Brubaker finished ninth in the short program at the 2009 World Championships in Los Angeles. The two-time U.S. Champions have less than a point lead on national silver medalists Caydee Denney and Jeremy Barrett, who are 10th.

Reigning World Champions Aliona Savchenko and Robin Szolkowy of Germany lead the competition with 72.30 points. Their commanding performance to the “Lost in Space” soundtrack, featuring solid side-by-side triple toes and a throw triple flip, put them far ahead of the field.

McLaughlin and Brubaker started their Spanish themed program with a stellar lift that featured a beautiful star position. Then the biggest problem of their program came when McLaughlin sat down on the pairs attempt at side-by-side triple Salchows.

“Obviously, we had some mistakes,” Brubaker said. “Our technical [score] really hurt us. It’s an experience, our first worlds. We felt confident out there, not nervous. We just made mistakes. We lost levels on three of our elements.”

She also had a minor problem on the landing of the throw triple loop, grazing the ice with her right hand, but held on to it. Their triple twist, spiral sequence and program ending death spiral received deductions from the panel of judges for poor execution.

“We know we have the ability to be competitive,” said Brubaker, who partnered with McLaughlin after splitting with another partner about three years ago. “It just takes time. In a year, so much can change.”

Denney and Barrett, who upset McLaughlin and Brubaker by winning the short program at the 2009 U.S. Championships, were not even together last year. After a brief partnership two years ago, the Floridians reunited in June and made the World team in January.

Their short program to “Palladio” by Silent Nick and “Summer Haze” by Vanessa Mae included an impressive throw triple lutz. But the pair lost points when Barrett bobbled the landing of their side-by-side triple toes.

Denney and Barrett outscored their country mates on the technical element score, 32.78 to 30.10. But McLaughlin and Brubaker’s flair helped them to 24.52 points for the program components, an area where the less refined Denney and Barrett scored 19.96.

Tanith Belbin and Ben Agosto (39.65 points) did not miss a beat in their first ever performance of the Paso Doble compulsory dance. They are 1.12 points behind Russia’s Oksana Domnina and Maxim Shabalin (40.77).

“We’ve never competed the Paso before, not even in juniors,” said Agosto, who struggled with a herniated disc this season. “It’s ferocious. I feel it suits us perfectly, given what we want to show at this competition.”

The Olympic silver medalists want to show they are still competitive even after pulling out of the Grand Prix Final in December and missing January’s U.S. Championships, where they would have competed for a sixth consecutive national title.

“We want even more for the original dance and the free dance,” Belbin said.

The original dance is Thursday while the free dance is Friday.

The flair that has made Belbin and Agosto a crowd favorite was there at the Staples Center. The Americans finished with 19.39 in the program components to Domnina and Shabalin’s 19.67.

But Belbin and Agosto were third in the technical elements behind the Russians and Canada’s Tessa Virtue and Scott Moir, who were third overall with 39.37. All three couples missed at least part of the season because of various injuries.

Davis and White placed fourth in program components and technical elements for 37.73 points. The appreciative crowd booed the marks, thinking that the couple deserved better for their solid Paso Doble.

But being behind is a familiar position for the newly crowned U.S. Champions. At the Four Continents Championships last month, Davis and White won the gold medal despite finishing second to the Canadians in the compulsory and original dances.

Last year’s World Junior Champions Emily Samuelson and Evan Bates (32.51) are currently 13th in their World Championship debut. They were second at the U.S. Championships and third at Four Continents.

“The talent of all the teams here is just incredible,” Samuelson said. “There are teams you’ve admired for years, and all of a sudden we’re here competing against them.”

The competition continues Thursday with the original dance followed by the free dance Friday. 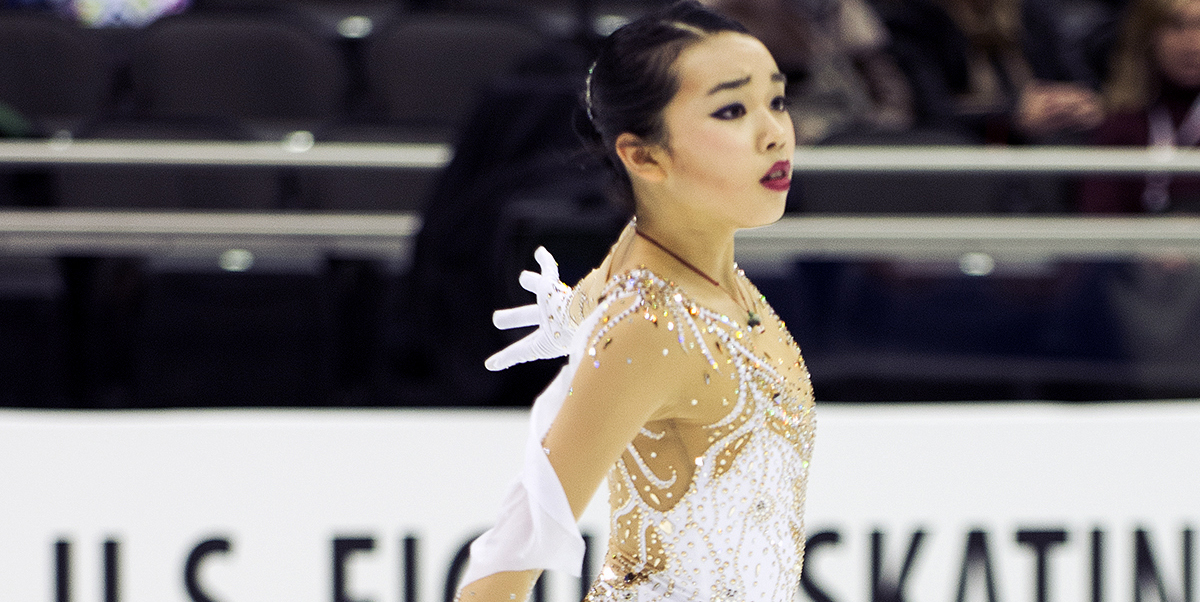