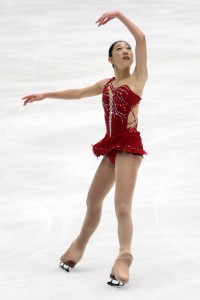 She is not the same Mirai Nagasu that she used to be.

But when the 16 year old Nagasu — who is four inches taller than the version that won the 2008 U.S. Championship — takes the ice at Skate Canada on Friday in Kitchener, Ontario, Canada, she wants to prove she is still a contender.

“This year, I just want to show people that I was not just lucky that I won the national championship,” Nagasu following an appearance at Disson Skating‘s made for TV show Skate for the Heart. “I have been working very hard with [coach Frank Carroll] to become a better skater and to achieve my goals.”

Nagasu, who sat out the end of last season because of an ankle injury, finished first in the short program at Cup of China but placed sixth in the free skate with a program that included five downgraded jumps, two edge calls and a fall. She was fifth overall.

“I think that the nerves just got the best of her before her free skate in China,” said training mate Evan Lysacek, the 2009 World Champion who finished second at Cup of China in the men’s event. “But when you’re young, those things happen. Most skaters are not great over night. It really takes a few competitions to gain mental toughness, to really believe in yourself, your abilities and your hard work.”

“I think that she has something special that few people have. She has that ‘it’ factor,” he said. “Since she’s came to train with Frank, I have seen tremendous improvements in her skating, and she has the potential to do so much more. I think she really could be a great champion. She has everything she needs.” 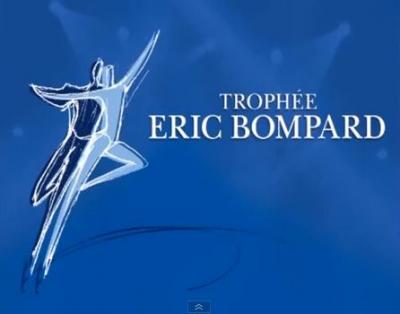