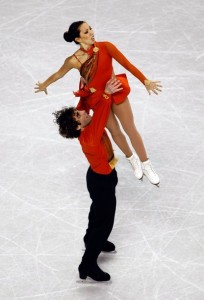 Keauna McLaughlin and Rockne Brubaker handed in their best performance of the season Thursday at the Four Continents Championship in Jeonju, Korea. They won the silver medal behind China’s Dan Zhang and Hao Zhang (192.22 points), ending a season of disappointments for the two-time U.S. Champions on a high note.

Canada’s Meagan Duhamel and Craig Buntin won the bronze medal with 158.02 points. They were fourth in the free skate to Caitlin Yankowskas and John Coughlin, who were fourth overall with 157.49. Marissa Castelli and Simon Shnapir (128.91) placed 10th.

Skating to selections from the “Slumdog Millionaire” soundtrack, McLaughlin and Brubaker completed a triple twist, double Axel and throw triple Salchow, but also had to overcome two errors when she fell on the side by side Salchow and the throw triple loop. The 2007 World Junior Champions collected 105.61 points for 170.17 points overall.

“I thought our program was OK today,” McLaughlin said. “We had two major mistakes, but I’m glad that we kept the component side of the program up, and the things we did, we did well. I’m happy that we were able to fight through.”

She added, “This competition is pretty hard for us, making a quick turn-around from Nationals and we are constantly reminded that we are not on the (Olympic) team. We wanted to come here and show what we are made of. ”

Favored for a third consecutive U.S. national title, McLaughlin and Brubaker stumbled often at the 2010 U.S. Championships in Spokane, Wash., making uncharacteristic mistakes that brought them to a fifth place finish. The gold and silver medalists were selected for the 2010 U.S. Olympic team and the 2010 World Championship team.

Zhang and Zhang gave a seasons best performance of their routine to “Sheherazade” that featured a double Axel-triple toe combination and a side by side triple Salchows. The current World silver medalists earned 126.36 points for their free skate to win their second title at the  Four Continents Championships.

“We’re very happy to have won with a good performance today and we hope this will us help at the Olympic Games,” Dan Zhang said. “The Olympic Games are coming up soon and this competition was a very important practice for us. Hopefully we’ll skate even better in Vancouver.”

Duhamel and Buntin opened their program to a selection of music by Pierre Porte with a triple toe-triple toe sequence and hit the throw triple loop, but they aborted a lift and she missed the throw triple Lutz. “Aside from the technical mistakes we’re proud of ourselves for being able to get up from each one and keep going through the program and perform the way we did,” he said. 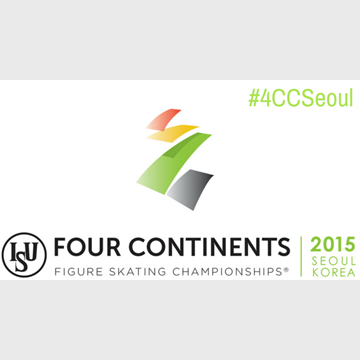