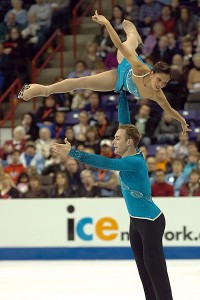 Amanda Evora and Mark Ladwig are the 2010 U.S. Championship silver medalists in pair skating. In Spokane, Wash., last month, the team handed in the best performance of their career, pulling up from third place after the short program. Here is what you need to know about Evora and Ladwig heading into the 2010 Olympic Winter Games in Vancouver, Canada:

Getting their start Evora took to the ice after her dad found her sister Andrea’s old skates. At the time, she was only 6 years old but she already had dreams of representing Team USA at the Olympic Winter Games. Ladwig began skating at age 5 in the man-made outdoor rink behind his house. He was a hockey player until age 12.

Coming together Evora and Ladwig formed their partnership in 2002. During their very first tryout together, Evora told Ladwig she wanted to try a throw triple loop, which instantly won over Ladwig, who said he was floored by her desire to try something so difficult so early.

Lift me up Evora and Ladwig’s strengths are their lifts, especially the group five reverse lasso lift that comes near the end of  their free skate to”Piano Concerto No. 2 in C Minor” by Sergei Rachmaninov. At the 2010 U.S. Championship, they scored 9.15 points on that lift, making it the highest scoring single element in the entire pairs competition. They received a Level 4 for the move as well.

Just to be there The pair is realistic about their chances to make the podium in Vancouver. “We’re not thinking about winning. Our goal has always been to represent the United States at the Olympics so just to be on the team is an incredible honor for us. We’re living our dreams,” said Evora.

Love is in the air Evora and Ladwig are in love, only it is not with each other. Ladwig married his wife Janet on Aug. 4, 2006. Evora has lived with her boyfriend Jeremy Barrett, who is the 2010 U.S. Champion in pair skating with his partner Caydee Denney, for the past few years. Evora and Barrett will spend Valentine’s Day competing against each other, since the pairs short program in Vancouver is scheduled for Feb. 14.

Baby, oh baby Ladwig’s wife gave birth to their first child, a baby boy named Holden, in September. “When I found out that Janet was expecting, I sat down with Amanda and our coaches to make a plan for training this season,” Ladwig said. “We moved some things up and some other things back.” Holden has been rink side ever since.

She’s an American girl Evora’s parents, who are both from the Philippines but now hold U.S. citizenship, made sure to arrive in New York before Evora was born so she would be a U.S. citizen. Evora’s father, Vicente “Boy” Evora, is originally from Calapan, Oriental Mindoro.

Olympic experience Ladwig was a volunteer at the 2002 Olympic Winter Games in Salt Lake City, Utah. After making the Olympic team, he displayed his volunteer medal with the slogan “Light the fire within” written on it. “This time I’ll be inside the boards instead of outside,” he said.

In the books Evora attends the University of South Florida, where she is majoring in business administration. Evora, a high school National Honor Society member, graduated  from Manatee Community College in 2006. In 1999, Ladwig graduated from Moorhead Senior High School, where he lettered in track, band, drama and swimming.

• For more information on Evora and Ladwig, visit www.evora-ladwig.com 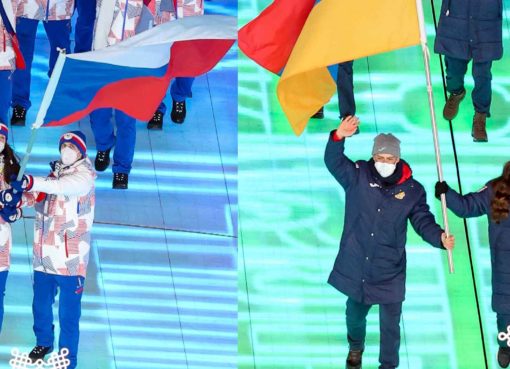