With four days remaining until the Opening Ceremony of the 2010 Olympic Winter Games in Vancouver, Canada, Figure Skaters Online is highlighting Olympic moments to remember from the sport of figure skating. 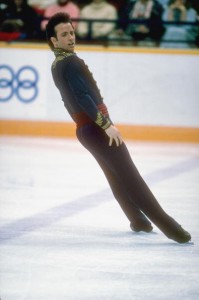 On Feb. 20 at the 1988 Olympic Winter Games in Calgary, Canada, American Brian Boitano and Canadian Brian Orser took the ice for the last Olympic chapter in the  the “Battle of the Brians” saga, a duel between the two World Champions in the Olympic free skate.

Boitano and 1984 Olympic silver medalist Orser were effectively tied going into the free skate, with whoever won that portion of the competition, worth 50-percent of the overall standing, the likely winner of the Olympic title. Boitano and Orser finished second and third to Alexander Fadeev in the compulsory figures. In the short, Orser placed first over Boitano.

Boitano won the free skate in a 5-4 split of the judging panel to take the Olympic gold medal. With the win, Boitano nabbed the cover of Sports Illustrated as well as acclaim throughout the sporting world.

Following the Olympics, Boitano and Orser renewed the “Battle of the Brians” when they both went to the World Championships. Boitano reclaimed his world title while 1987 World Champion Orser won his fourth silver medal. Both retired from competitive skating shortly after Worlds, going on to tour professionally for several years.

Today Boitano is host of “What Would Brian Boitano Make?” on the Food Network. He also participates in a few skating engagements throughout the year, including made-for-TV shows with Disson Skating, while also working as a coach and mentor to 2009 U.S. Champion Alissa Czisny.

Orser is one of the premier skating coaches in the world. At the 2010 Olympic Winter Games in Vancouver, Canada, his pupil, Yu-Na Kim of Korea is the overwhelming favorite for the ladies gold medal, having set all of the current world records in the sport. He also coaches 2010 Four Continents Champion Adam Rippon of the United States, twice the World Junior Champion, and 2010 U.S. World Junior team member Christina Gao.