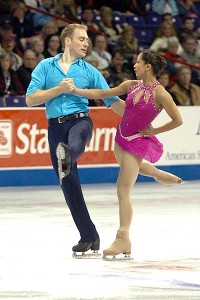 For 2010 U.S. Champions Caydee Denney and Jeremy Barrett and national silver medalists Amanda Evora and Mark Ladwig, the road to the 2010 Olympic Winter Games in Vancouver, Canada, has been paved with heartache.

Barrett watched as Denney walked away from the first stint of their partnership two years ago to pursue her singles career. Close to his retirement from competitive skating, after two years of searching for someone to skate with, Denney came back to Florida to resurrect their pair career.

“Having Caydee move back to Florida definitely changed my life,” Barrett said.

The heartache for Evora and Ladwig was always being the pair on the cusp. For years, they were named team reserves as newer pairs like Denney and Barrett qualified for events like the World Championships, winning pewter medals and placing fifth.

“Over the years I don’t think we were ready yet,” Ladwig said. “I would say now we’re ready to be here, answer questions with you guys and to perform on a very international stage. We’re very happy to be here.”

And there were some real aches and pains too. For Denney and Evora, ankle injures from the years of landing throw triple jumps are always a problem. Ladwig, the oldest member of the U.S. Olympic figure skating team, has done everything from lacerating his own shin to spiking his own calf.

“I think any top athlete sacrifices a lot for their sport: waking up early mornings to practice, leaving the rink being very sore,” Barrett said. “But that’s what gets you to this level. That’s what the Olympics is all about. We’ve all done that, and that’s why we’re here.”

The two pairs from Florida are hours away from their Olympic debut.

“The last three weeks since nationals and knowing that we were going to be on the Olympic team and being here today, has put so many opportunities out there that I never even thought of,” Evora said. “You go in every day not knowing what to expect. There’s a world waiting to hear what you have to say. I learn every day what it means to be an Olympian, and I find myself thanking God for all of the opportunities that are ahead of us.”

Denney and Barrett are the fourth of 20 competitors in the pairs short program, scheduled to at 4:30 p.m. local time in the Pacific Coliseum. Evora and Ladwig skate eighth.

• Three-time World Champions Xue Shen and Hongbo Zhao came out of retirement to win the Olympic gold medal, the only medal that has escaped their impressive resume. They won bronze medals in 2002 and 2006. This season, they started their comeback trail with a victories at Cup of China, Skate America and the Grand Prix Final.

• Yuko Kavaguti and Alexander Smirnov of Russia are the new European Champions after finishing third and second in the two previous years. They started slowly on the Grand Prix, winning consecutive silver medals at NHK Trophy and Rostelecom Cup before finishing fifth at the Grand Prix Final. Last year, they won the bronze medal at the World Championships.

• Qing Pang and Jian Tong have only finished off the podium twice since winning the 2006 World Championship, coming at the last two World events. In 2009, they won Rostelecom Cup and the NHK Trophy before taking second at the Grand Prix Final. Pang and Tong were fourth at the 2006 Olympic Winter Games in Torino, Italy.

• Heading into the season, the momentum was with two-time and reigning World Champions Aliona Savchenko and Robin Szolkowy from Germany, but they have struggled to keep their footing. Their season started with a near disastrous performance at Trophee Eric Bompard, where they performed so badly in the free skate, the only thing that kept them on the podium was a strong lead from the short program. They also won Skate Canada, finished third at the Grand Prix Final and then second at the European Championships.

• Reigning Olympic silver medalists Dan Zhang and Hao Zhang struggled at the recent Grand Prix Final, finishing sixth of six skaters, but cannot be counted out in Vancouver. Zhang and Zhang recently won the Four Continents Championship. They have won four gold medals on the Grand Prix circuit since Torino. This season, they took second at Cup of China and third at Skate America.

• Canadians Jessica Dube and Bryce Davison have had moments of greatness since finishing 10th at the last Olympics. At the 2008 World Championships, Dube and Davison captured the bronze medal. They started the season with a silver medal showing at Trophee Eric Bompard. Dube and Davison also finished third at Skate Canada before taking a third national title.

• Russians Maria Mukhortova and Maxim Trankov won a second consecutive bronze medal at the European Championships earlier this year. They opened their season with gold at Trophee Eric Bompard, beating  Savchenko and  Szolkowy by over 18 points, and silver at Skate Canada before placing fourth at the Grand Prix Final.

• Ukrainians Tatiana Volosozhar and Stanislav Morozov were sixth at the 2009 World Championships. This season, they won a bronze at Cup of China, a silver at Skate America and placed fourth at the European Championships. 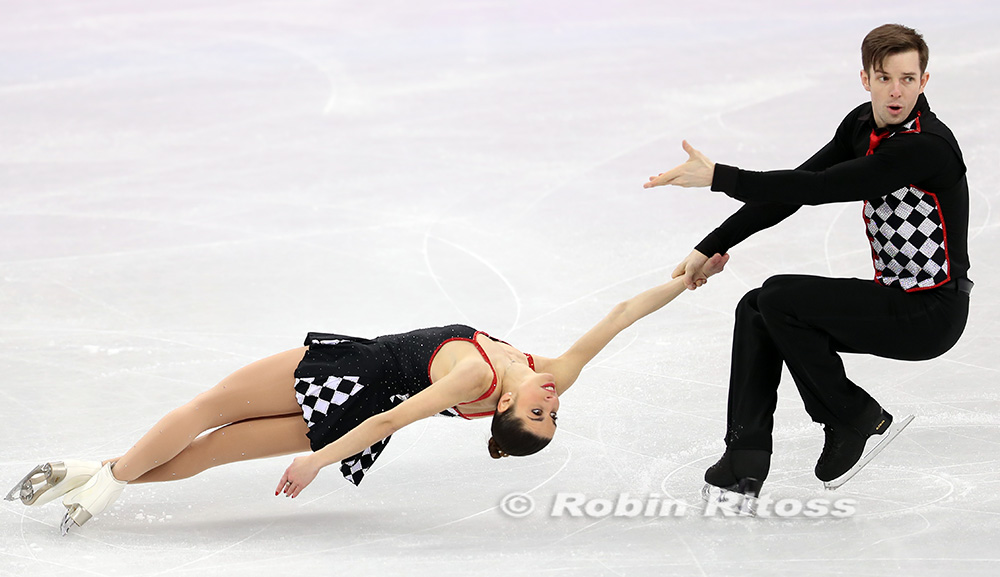