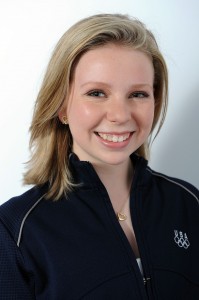 The 2010 Olympic and Paralympic athletes of Team USA have received an invitation to visit the White House by President Barack Obama and First Lady Michelle Obama, and they will have the honor of meeting the first couple on Wednesday, April 21. Nearly 225 of the total 264 Vancouver Olympic and Paralympic athletes will visit the nation’s capital where they will come together for one last time to celebrate their great achievements.

Team USA athletes have been visiting the White House since President Gerald Ford first invited the team in 1976 following the Montreal Games.  It’s an opportunity for the country and it’s leadership to formally recognize the Olympic and Paralympic athletes for representing their country with distinction on one of the world’s greatest stages.

Teamusa.org will have complete coverage of the event, and will be making on-the-spot updates and postings via Facebook and Twitter.  There will also be a live webcast of the President’s speech to the Olympians and Paralympians on April 21st from 3:30 – 4:30 p.m. EDT, which can be viewed at www.teamusa.org.

As U.S. Olympic Committee CEO, Scott Blackmun stated, “President Obama, First Lady Michelle Obama and the entire White House staff have shown tremendous support for the Olympic Movement and for Team USA … Our athletes’ achievements in Vancouver were incredible both on and off the field of play, and we are thrilled to bring the excitement of the Olympic and Paralympic Winter Games to Washington, D.C.”

Blackmun is not the only one who’s excited.  For a number of the athletes, this will be the first time they’ve experienced a visit to the White House.

“I’m obviously incredibly excited, especially to meet President Obama, and Michelle, and a couple other senators,” said figure skater Rachael Flatt, who finished 7th in her first Olympic venture. “It’s going to be a wonderful experience and I know all of the other athletes are looking forward to it.

“It’ll be probably one of the best experiences of my life.”

Flatt added she was a little sad to think about how this may be the last time all of the Vancouver athletes – her new friends – gather all in one place, but mentioned she hoped to at least stay in touch with most of them on a one-to-one basis.

In addition to visiting the White House, Team USA athletes will also take a tour of the Pentagon where they will meet Secretary of Defense Robert Gates, and will meet with injured soldiers and marines at National Naval Medical Center in Bethesda, MD and Walter Reed Army Medical Center in Washington, D.C.  The athletes will also visit with local school children and assist with the construction of a new home as part of the Habitat for Humanity project.