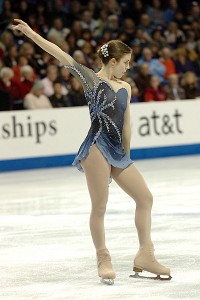 Wagner, who finished third at the 2010 U.S. Championship, has a busy fall ahead with three international competitions slated. She will make her season debut at Nebelhorn Trophy, September 23-26, in Obertsdorf, Germany then head out on the Grand Prix circuit. She has been assigned to NHK Trophy, October 22-24, in Nagoya, Japan, and Cup of Russia, November 19-21, in Moscow, Russia.

She has had one of the most successful Grand Prix campaigns of any American lady actively competing. Last season, she was the sole U.S. entrant in the Grand Prix Final, where she finished fourth. She won the silver medal at 2009 Rostelecom Cup and the bronze medal at the NHK Trophy. She also finished fifth at 2007 Skate Canada, third at 2007 Trophee Eric Bompard, fourth at 2008 Cup of China and fourth at 2008 NHK Trophy.