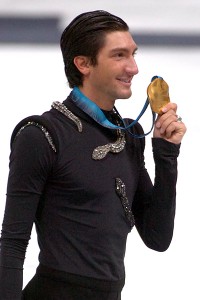 “All of these athletes represent the best in Olympic and Paralympic sport for Team USA,” said USOC CEO Scott Blackmun. “Their excellence on the field of play is matched by their positive influence in their communities and across our country. Their personal achievements last year and throughout their careers are remarkable, and I am thankful that we have such outstanding ambassadors of excellence.”

“The 2010 Olympic season was incredible, but what made it so special is that I was able to share it with so many American fans,” Vonn said. “It was amazing to see the support and excitement they showed for ski racing and that’s definitely carried into this winter. It means so much to the athletes to hear from them. Win or crash, they keep us excited to compete.”

Evan Lysacek, 2010 SportsMan of the Year
Lysaeck won gold at the Vancouver 2010 Olympic Winter Games, becoming the first American men’s figure skating champion since Brian Boitano in 1988. He defeated reigning Olympic champion Evgeni Plushenko of Russia to end Russia’s dominance of the top of the podium. Lysacek also won silver at the 2010 AT&T U.S. Figure Skating Championships. He went on to compete in ABC’s “Dancing with the Stars,” finishing runner-up with partner Anna Trebunskaya, and he was nominated for an ESPY award in the category of “Best Male U.S. Olympic Athlete.” Active with several charitable causes, Lysacek becomes the second figure skater to win the SportsMan award, joining Scott Hamilton (1981).

“I was truly honored to represent the United States in the 2010 Olympic Winter Games,” Lysacek said. “Thank you to the USOC for all of their support throughout my career. I am extremely proud to receive this prestigious award and humbled to see my name next to the incredible list of past recipients.”

“It’s such an honor to win Team of the Year, especially this year, an Olympic year when all the teams are at their absolute best, I’m sure it wasn’t an easy choice,” Holcomb said. “Winning two years in a row is even more amazing. Not only did we have a great year from January to March, but changed the team and continued our winning.

“As U.S. Olympic athletes, we make sacrifices in so many aspects of our lives, and put everything we have into our sports hoping that in four years we might have a medal to show for it. So while winning an Olympic gold medal proves that we were the best, having the USOC recognize and acknowledge our hard work and accomplishments adds the final touch, the icing on the cake, to an incredible year.”

Alana Nichols, 2010 Paralympic SportsWoman of the Year
Nichols was the most decorated member of Team USA at the 2010 Paralympic Winter Games as she captured four medals in Vancouver in the alpine skiing sitting division. She took home two gold – downhill and giant slalom – silver in the super G and bronze on the super combined. She became the first U.S. female Paralympian to win gold medals at both the summer and winter Paralympic Games, having won gold with the U.S. Women’s Wheelchair Basketball Team at the 2008 Paralympic Games in Beijing. Nichols also dominated the 2010 World Cup schedule by winning both the downhill and super G titles.

“Receiving the 2010 Paralympic Sports Woman of the Year award is such an honor, and having been selected from a pool of the country’s most elite Paralympic athletes is just so humbling,” Nichols said. “I’m truly honored. This is the cherry on top of an absolutely unbelievable year for me.”

Taylor Chace, 2010 Paralympic SportsMan of the Year
As a member of the 2010 U.S. Paralympic Sled Hockey Team, Chace helped the squad to the gold medal at the 2010 Paralympic Winter Games. He was part of a solid defense that did not allow a single goal in five games in Vancouver. He was named the top defenseman of the Games, and he tied for second among all defensemen with five points (3-2) and tied for first with a +8 rating in the five games. Chace was selected as captain of the 2010-11 U.S. National Sled Hockey Team.

“Receiving this award is a tremendous honor,” Chace said. “While winning the gold medal in Vancouver was the ultimate prize, this award is due in large part to my teammates, the sacrifices made by my family and my passion for hockey that keeps me going on the ice every day.”

“By shutting out all of our opponents en route to the gold, our team achieved a record in Vancouver that can never be broken,” said head coach Ray Maluta. “The guys’ ability to work together resulted in gold hanging around their necks, and I couldn’t be happier for this group.” 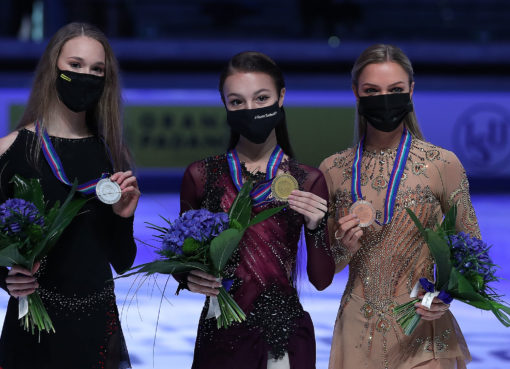