It is only Day 4 of the 2014 Winter Olympic Games in Sochi, Russia and already eight members of the Team USA Figure Skating team are coming home with  a pretty good souvenir from these games. On Sunday, the team won the bronze medal in the first-ever Olympic team event in figure skating.

The event wrapped up on Sunday with the men’s, ladies’  and ice dance free skates. The men kicked things off. Team USA sent out Jason Brown to skate the free skate, hoping he would produce the same type of free skate as he did at the U.S. Championships in Boston. That free skate has now been viewed more than 3 million times on Facebook. With no quads planned, Brown had to have a flawless free skate in order to compete with Russia’s Evgeni Plushenko, Canada’s Kevin Reynolds and Japan’s Tatsuki Machida. But after suffering a fall in his three jump combination, Brown scored a 153.67. He finished in fourth, but Team USA remained in third place heading into the ladies and ice dance finals. Plushenko would win the free skate with a score of 168.20, followed by Reynolds with a 167.92 and Machida with a 165.85.

Then all eyes turned to the ladies. Team USA decided to have Gracie Gold skate her free skate. The reigning national champion was looking to have  a stellar Olympic debut, but more importantly, help her team win a medal. Gold skated a clean long program to Tchaikovsky’s “Sleeping Beauty”. She would score a season-best free skate score of 129.38.  She would go on to finish in second place, behind the hometown favorite, Russia’s Julia Lipnitskaia. Lipinitskaia would dazzle the crowds again with an outstanding score of  141.51.

So when it came time to the ice dance, the competition was already over. Even if Meryl Davis and Charlie White were to win the free dance, Team USA would not be able to catch Russia or Canada. But the good news was the team clinched the bronze medal. So while Canada’s Tessa Virtue and Scott Moir and Davis and White would face each other again, in terms of the team event, it didn’t really matter who finished first.  Davis and White once again dominated the event, winning the free skate and beating their training mates by 6.78 points.

So now that the team event is over, the skaters will start focusing on their individual events. The first discipline to get underway will be the pairs event.

There is no figure skating on Monday February 10. The individual events start Tuesday with the pairs short program.

February 11, 2014: 10:00 a.m. (EST): Pairs Short Program (Live on NBC Sports Network or NBCOlympics.com). Will post skate times for Marissa Castelli and Simon Shnapir and Felicia Zhang and Nathan Bartholomay as soon as they are released. 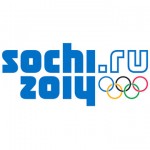