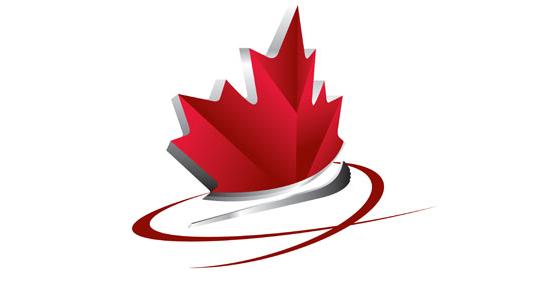 After a successful start to the 2014 ISU Grand Prix Series last weekend at Skate America, Team USA was hoping to bring that same momentum and find similar success this weekend at Skate Canada in Kelowna, British Columbia. They were able to bring home three medals, which is one more medal than they brought home at this event last season. Here is a quick recap of how Team USA did. For more results, click here.

After taking home the silver medal at Finlandia Trophy, Adam Rippon was hoping for similar success at his first Grand Prix event of the season. But it wasn’t meant to be. Rippon struggled in his short program, falling on his triple axel and popping his trademark Rippon lutz. Skating first in the free skate, Rippon landed a new jump combination (triple flip-triple loop), both Rippon triple lutzes (the first in combination with a triple toe loop), and received all level fours on his spins and footwork. He finished 7th in the free skate and 10th overall. Rippon will compete next at Trophee Bompard later this month.

Fellow Americans Stephen Carriere and Max Aaron sat in fourth and fifth place, respectively, after the short program and both were aiming for a medal. Carriere made his senior Grand Prix debut back in 2007. He won the bronze that year at NHK Trophy, followed up with the bronze at the 2008 U.S. Championships, and went on to place 10th at the World Championships that year. Carriere missed the 2010 and 2011 U.S. Championships, but returned in 2012, where he finished in sixth. Skate Canada was Carriere’s first Grand Prix event since the 2010-2011 season. Carriere won the gold at Nepela Trophy last month. He ended up missing the podium at Skate Canada by a tenth of a point. Aaron took home the bronze medal, the second senior Grand Prix medal of his career after winning the bronze medal at Skate America last year. Aaron will join Carriere at Rostelecom Cup later this month.

After qualifying for the Grand Prix Final last season, Ashley Wagner is hoping for another successful Grand Prix season.  Although she was invited to debut her free skate at the Japan Open, this was her first official competition of the season.  After placing second in the short program, Wagner saw herself in medal contention. With an expressive and dramatic free skate, Wagner took home the silver medal. Last season, she won the silver at Skate America, gold at Trophee Bompard and a bronze at the Grand Prix final. Wagner is hoping for her second Grand Prix medal of the season when she competes at Trophee Bompard later this month. Fellow American Courtney Hicks was in eighth place after the short program. After a strong free skate, she just missed the podium, finishing in fourth. Last season, she finished sixth at this event.

After a fifth place finish in their senior Grand Prix debut at Skate America last week, Madeline Aaron and Max Settlage competed at their second Grand Prix of the season. The two once again posted two ISU personal best scores, a 108.71 in the free skate and a total of 165.91. They just missed the podium and finished in fourth place.

There were two ice dance teams competing for the U.S. at Skate Canada. Madison Hubbell and Zachary Donohue returned to competitive ice for the first time since Hubbell had surgery for a torn labrum in her hip. The two last competed at the 2014 Four Continents Championships where they won the gold medal. As the 2014 U.S. pewter medalists, Hubbell and Donohue were looking for their second medal at this event. After the short dance, the team was in third place. They would end up holding on to that spot in the free dance and ended up taking home their second bronze medal from Skate Canada. Fellow Americans Alexandra Aldridge and Daniel Eaton, who had finished fifth at the U.S. Championships and won the bronze at Four Continents, finished in sixth place. For more information on the ice dance competition, go to ice-dance.com. 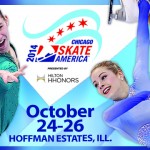 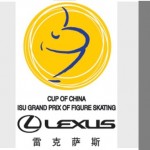