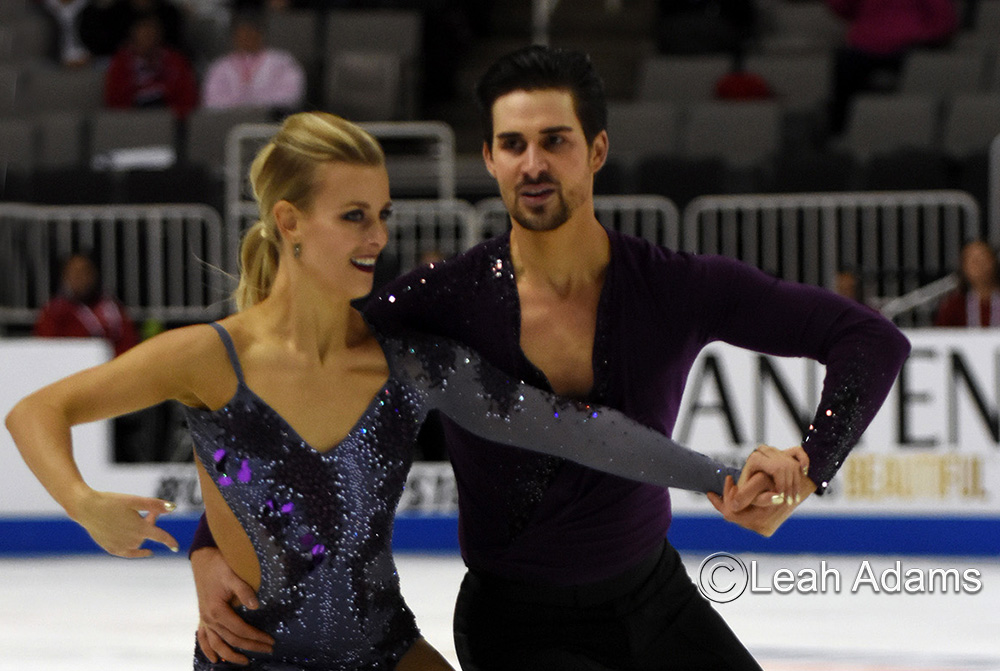 The last time the U.S. Championships were in San Jose, Madison Hubbell and Zachary Donohue made their debut as an ice dance team and earned the first of four bronze medals.

Six years and a lot of hard work later, Hubbell and Donohue stood on top of the podium as national champions, in the same arena where their rise to prominence started.

“It feels really cool to be here in San Jose six years later — it’s where we first did a blues free dance,” Hubbell said in the post-even press conference. “We always kind of knew that for the Olympic season we wanted to go back to where we felt most connected to each other, and that was with blues.”

Going into this event, Donohue said that they wouldn’t be content with another third place finish, and they backed up his proclamation with superb, confident skating in both segments of the competition.

A small bobble by Donohue on the twizzle sequence in the short dance had them in second place, but they attacked their free dance to earn a new U.S. personal best of 118.02.

“Our goal today was being present,” Hubbell said. “As soon as we hit the four minute and 15 second mark and the music stopped and there was no way we could give away points, that was the moment that we could let everything in. We were proud from the moment we finished, winning is just a bonus.”

Two-time and defending champions Maia and Alex Shibutani built up a three-point lead after the short dance, but settled for second place overall. An uncharacteristic stumble by Maia in the diagonal step sequence significantly affected their score. The element received a level three and only 0.47 for GOE.

“Today we had a mistake in the diagonal, which was unfortunate, but we had each other’s backs out there,” Maia Shibutani said. “There were a lot of things about the program that I’m proud of, and it really felt like the audience reacted so well, so we’re going to keep working hard and we have time to keep pushing ourselves.”

Their free dance, set to “Paradise” by Coldplay, had some major changes since their last outing at the Grand Prix Final, including a longer sample from the song, “Fix You,” the emotional, crowd-favorite free dance that brought them their first U.S. title in 2016 and the 2016 World silver medal.

Madison Chock and Evan Bates won the free dance with a smooth, emotional performance of their “Imagine” free dance, but it wasn’t enough to move up from their third place position after the short dance. They earned the bronze with 196.60 points.

“We’re proud of how we skated today. The message we’re conveying on the ice [in the free dance] seems to be connecting with people and that’s the most validating thing, even moreso than the result,” Bates said. “The free dance the past two competitions has been good and the result has been good, but the short dance, I think, is where we’re putting ourselves at a deficit and it was too much to overcome today.”

After two disastrous falls in the free dance at this event last year, Kaitlin Hawayak and Jean-Luc Baker were searching for redemption with a repeat of their “Liebestraum” free dance. And find it they did, performing with east and elegance to earn level four on all of their elements.

Hawayek and Baker finished in fourth place, more than 10 points ahead of the fifth place finishers, siblings Rachel and Michael Parsons. The Parsons were making their senior debut after winning both the U.S. and World Junior titles last year.

U.S. Figure Skating named the top three teams to the Olympic team, with Hawayek and Baker as first alternates. 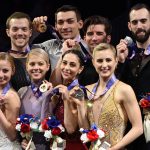 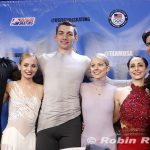