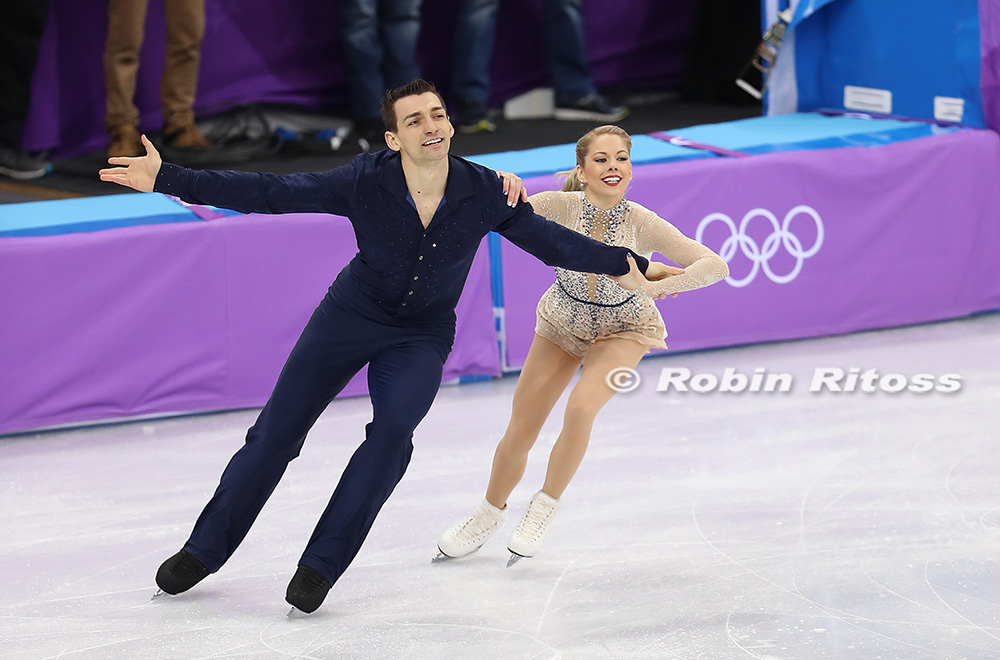 Team USA was hoping to get off to a commanding start in the team event with Nathan Chen competing his short program, but the two-time U.S. Champion and medal favorite in the individual men’s event at the PyeongChang Games didn’t have the performance that the skating world has come to expect from Chen.

Chen, who has had an undefeated season, winning his Grand Prix events, the Grand Prix Final and his second U.S. title, started his “Nemesis” by Benjamin Clementine’s  short program with a quad flip and double toe combination, but then popped his planned quad toe, only competing a double toe. The element received no points, which was a costly mistake for Chen. Then, Chen fell on his triple axel, a jump that has been his nemesis throughout his career.

His program earned a score of 80.61, the lowest short program score of Chen’s senior career. He earned seven points for Team USA.

“Honestly, I let myself down. ‘Let the team down’ was the first thing I thought. [It’s] definitely not a representation of who I am and what I can do. [I] definitely need to work harder for the next couple of days,” Chen said.

The last skater to skate in the men’s event, Shoma Uno, the reigning World silver medalist from Japan, won the men’s short program with a solid short program, earning a score of 103.25 and earning 10 points for Japan in the team event.

Israel’s Alexei Bychenko surprised by many by delivering a clean short program, completing a triple axel, quad toe and a triple lutz-triple toe combination. He earned a short program score of 88.49, which is a personal best,  and finished the men’s program in second place.

Some costly mistakes for Olympic silver medalist Patrick Chan, who fell on his quad toe and triple axel and managed only a triple lutz-double toe combination. He earned a score of 81.66 and with the mistakes from others, was able to still finish the event in third place. 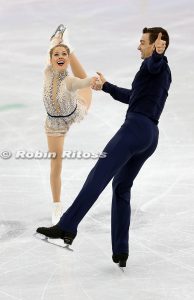 In their Olympic debut, two-time U.S. Champions Alexa Scimeca Knierim and Chris Knierim delivered an exceptional short program, to help put Team USA into second place after day one of the team event. After a disappointing short program from two-time U.S. Champion Nathan Chen, Scimeca Knierim and Knierim needed to have a clean skate to help Team USA stay within reach of a team medal.

The husband and wife pair team opened their “Come What May” from the Moulin Rouge soundtrack short program with a beautiful triple twist. They then went on to land their side-by-side triple salchows, which have been a troublesome element for the duo over their career, especially for Knierim. They finished their program with a throw flip.  The only mistake was a fluke slip by Scimeca Knierim coming out from their lift.

Scimeca Knierim and Knierim finished the event in fourth place with a score of 69.75 and earned seven points for Team USA.

“I have no expectations for us at all in all four programs. We’re just having fun, and on our warm-up, we just looked at each other and said, ‘We’re at the Olympics.’ We are not looking at this as a competition – it is more of a celebration,” Scimeca said.

Canada’s two-time World Champions Meagan Duhamel and Eric Radford delivered a strong short program, to finish behind Tarasova and Morozov with a score of 76.57. With their short program and Chan’s third place short program, Team Canada leads the competition with 17 points.

Aljona Savchenko and Bruno Massot, of Germany, fell on the throw triple lutz, and finished the event in third place with a score of 75.36. Team Germany, who isn’t considered to be in medal contention in the team event, is in eighth place after the two events.

On Sunday, (Saturday in the U.S.), the short dance, ladies short program and pairs’ free skate will take place. The team competition concludes on Monday (Sunday) in the U.S. with the men’s free skate and the free dance. 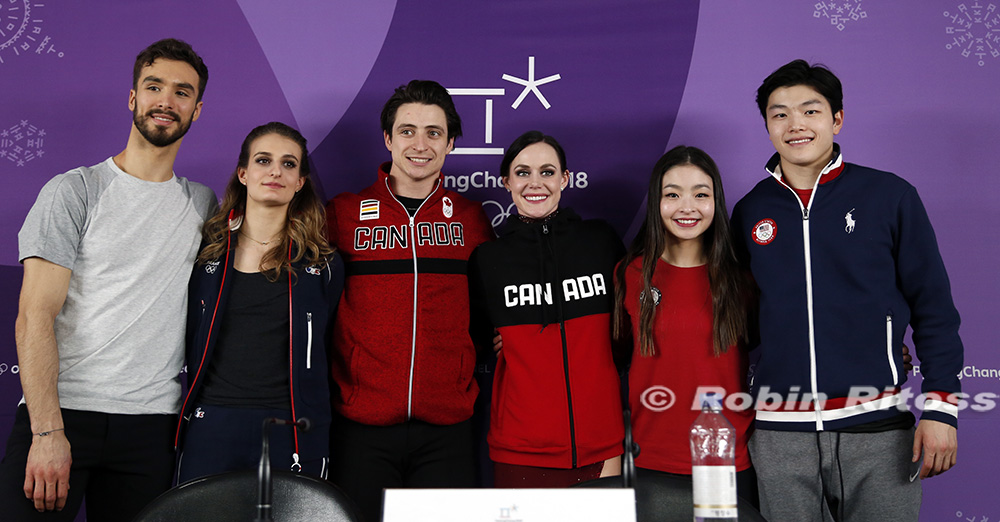 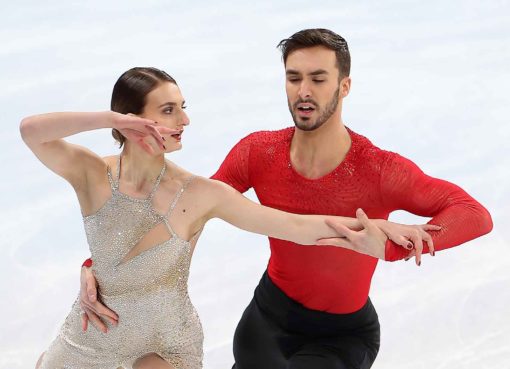