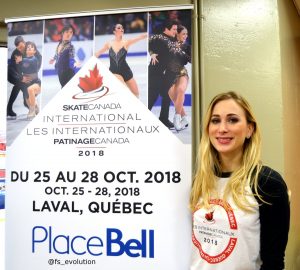 Figure Skaters Online (FSO): Have you been skating at all in the last few years?

Joannie Rochette(JR): I haven’t skated in over a year! I skated once this summer for a cancer foundation, otherwise no.

JR: It’s good. I am in school [McGill University in Montreal, Quebec] full time. I really love it, I don’t have time to miss skating so much. But when I’m here [at the rink] of course I miss it, time doesn’t change anything. It’s a place where I feel home. Even today, I stepped on the ice and hugged everyone. I still know many of the skaters. Eight years have gone by without changing anything, it’s a big family, such a nice feeling.

FSO: What’s your role as the Athlete Ambassador for Skate Canada International?

JR: It’s a promotional role–talking about the event, telling people to get their tickets and watch skating live. We are so lucky to have all these great skaters from all around the world, but a lot of people hear “Skate Canada” and think it’s a national competition. Instead, there’s going to be skaters from Russia, Japan… it’s a big thing having it in Laval, close to Montréal. At the event, I’m going to be involved with the media, press releases. There’s also a school program, so I’ll talk with the kids… and then if athletes want to speak to me, I’ll be available. I’ll be a fan sitting in the crowd cheering. I can celebrate with the skaters after the medals. I can chat with the audience too during the Zamboni breaks, I’ll be doing lots of French/English announcements for the audience.

FSO: Have you been following Team Canada last year?

JR: More during the Olympics, but not much during the season. Now there’s a lot of new names that I don’t know. I’m hoping to be surprised, I’ll be discovering all these new skaters with everyone. I’ll be sitting with no pressure just enjoying and hoping for the best performances. And it’s going to be great to see Evgenia [Medvedeva] and Elizaveta [Tuktamysheva] against Gabby Daleman* in the ladies competition.

*Editor’s Note: This interview was conducted Oct. 9, prior to Skate Canada’s announcement Oct. 12 that Gabrielle Daleman had withdrawn from the 2018 Skate Canada International and is taking a break from training to focus on her mental health.

FSO: Are you going to be involved in Worlds in Montréal?

JR: I would like to. I have to see how things go. It’s going to be close to my final exam and I’ll finish medical school in May 2020. I’m going to go watch for sure and I’m excited for the skaters to have that opportunity. The Bell Center in Montréal is an iconic place. We did Stars on Ice a few times, but I’m kind of jealous as I didn’t have this opportunity in my competing career.

FSO: Are you going to be involved in The Thank you Canada Tour?

JR: Yes! For Quebec City[Nov.10], I’m going to be doing some translations in French, and maybe I’ll skate in the finale or in some group numbers.

Skate Canada is October 26-28 in Laval, Quebec, Canada. Figure Skaters Online’s writer and photographer, Francesca S. will be in Laval providing live coverage! Make sure you follow Figure Skaters Online on Facebook and Twitter and check www.figureskatersonline.com for updates. 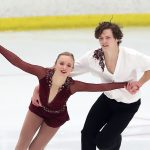 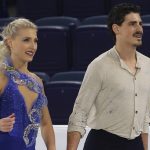