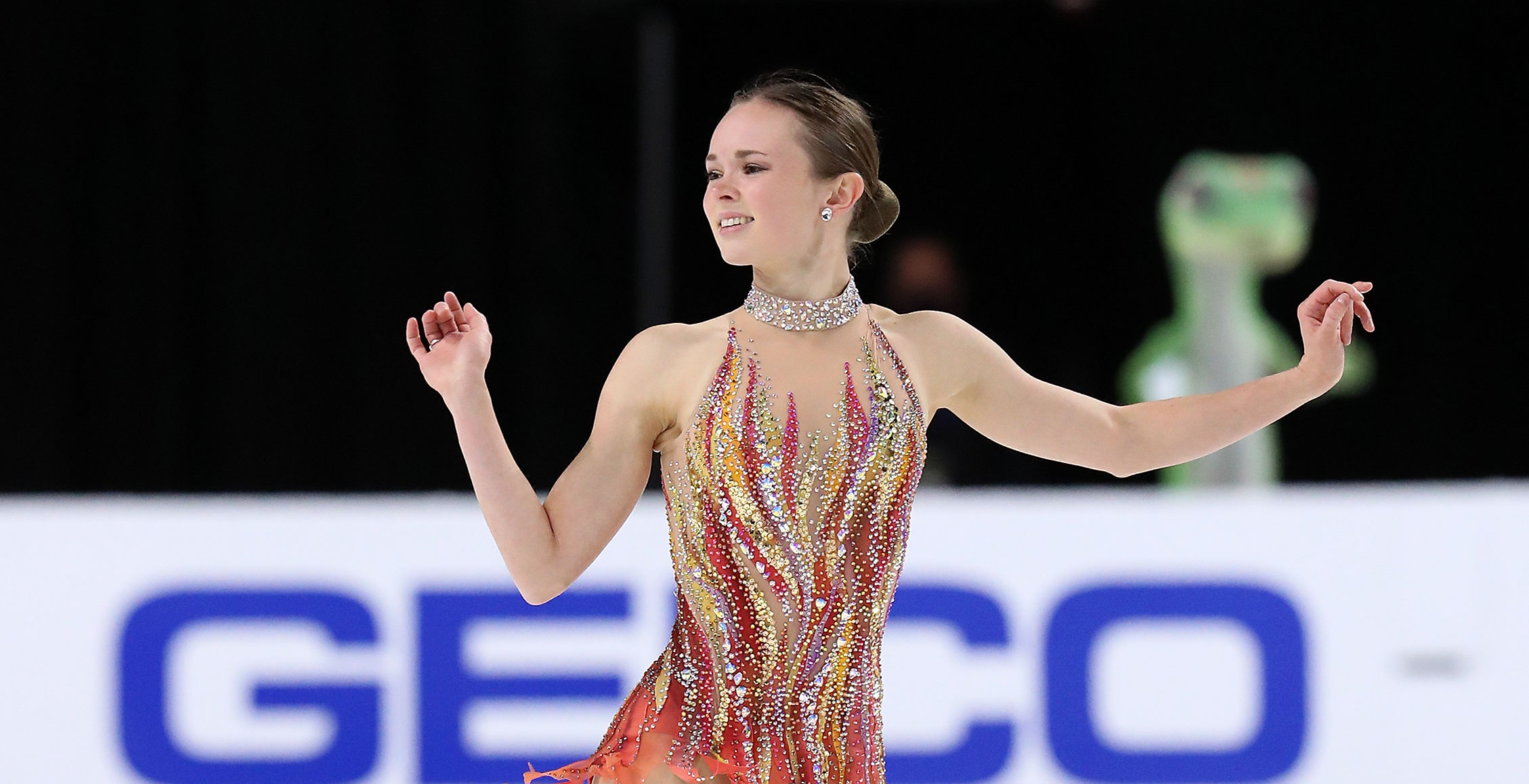 “I try not to look too much at outcomes, more how I feel. I’m walking away from this performance a little disappointed, but I look back at [2020] Nationals and that was a program that I was really proud of,” Bell said. “So at the end of the day, regardless of the result, I want to feel really great about what I did, which I mostly do today. That’s really what I focus more on.”

Bell fell on her final jump, a triple lutz, which was also downgraded to a double, but earned Level 4s on two spins and her step sequence in her free skate to a selection of ABBA songs.

“It was a little shaky and I felt a little bit stiff, but I was excited to get my long program out in a competition setting. And I still had a really great time,” Bell said.

The 3.19-point lead she built up in the short program, where she landed a triple flip-triple toe combination, helped her hang on for the gold.

Bradie Tennell won her second consecutive silver medal at Skate America. She won the free skate, despite three jumps receiving the new “q” Grade of Execution deduction, for being landed a quarter turn short, and an underroration call on the second jump of her opening triple lutz-triple toe combination.

“I had a couple minor injuries that prevented me from jumping fully right up until about last Wednesday,” Tennell said. So I was doing my programs without any combos for awhile…And I also had some boot issues. I got new skates a couple weeks ago and the sole was warped…so I’m in new skates here as well. Taking all of that into account, I’m really happy with what I put out today. Obviously, there’s room to grow and I’m very excited to go home and really start training.”

Home is now Colorado Springs, where she relocated this summer to train with Tom Zakrajsek. Zakrajsek was coaching a number of skaters at this event, including bronze medalist Audrey Shin, Pooja Kalyan, and Paige Rydberg. Rydberg spoke highly of the training environment in the mixed zone after her performance in the free skate.

“I would say honestly, since Bradie joined, we’ve really gotten super close. We know each other from Chicago and competing against each other. It’s nice to have somebody like Bradie, a National Champion and Olympian, [there]. We have this really cool teammate friendship. Everybody else that I train with, they all work so hard. Like Audrey, she works so hard every day, so to see her third after the short was awesome as well. It’s great to see everybody’s hard work pay off,” said Rydberg, who finished 7th here in her Grand Prix debut with two solid performances.

Rydberg and Tennell’s training mate Shin, was the youngest ladies’ competitor at age 16 and earned the bronze medal in her Grand Prix debut. She skated two clean performances, conquering a case of nerves after landing in podium placement after the short.

“I’m so thankful I got to compete here at Skate America,” Shin said. “I felt a little nervous before I stepped onto the ice today, but I’m glad that I landed everything and I put out a good performance today.” 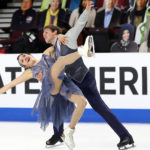