Nathan Chen had a strong lead heading into the free skate. He easily managed to hold onto that lead winning his second consecutive Skate America gold.

Chen gave a rousing performance to “Land of all” by Woodkid and included three quads and six triples. Chen’s free skate was choreographed by Marie-France Dubreuil and her team contributed to putting the program together in Montreal. His landings were not entirely clean, but his performance was outstanding and earned him a total score of 225.81.

“The program in terms of quad number was definitely watered down, but I think that in terms of where I am this season right now, it’s definitely perfect,” Chen said. “So I’m looking to add more in, but at the same time trying to build on everything else.”

Chen understandably has a lot of on his plate as he has transitioned into being a student at Yale this year. He is learning to find a balance between all of his responsibilities, but it is certainly a learning process.

“I think that it’s the right move for me to take a little step back in terms of the technical elements, basically to do what I did here,” Chen said following his performance. “It’s something I knew that I was very confidently capable of doing verses adding quads. Yes, I can do it, but it takes away from my confidence a little bit, it takes away from my performance and those are all things that are really important this year.”

Veteran Michael Brezina, of Czech Republic has not won a medal at a Grand Prix event since 2014, but his drought is over. He gave a lively performance and landed a huge quad salchow double toe combination at the start of his program. He only had a minor mistake on his second triple axel and tripled a planned quad salchow.

Brezina has won both gold and bronze medals in the Grand Prix over the course of his long career, but this was his first silver medal from a Grand Prix event. When asked why he has decided to continue his career, despite the fact that he is 28 years-old, he responded:

Sergei Voronov moved up from fourth in the short program to capture the bronze medal. His performance was not without error, but it was enough for him to make it onto the podium.

“Concerning my performances, I can’t say that I’m satisfied,” Voronov said. “There were mistakes in the short and in the free program, but compared to the previous domestic competitions that I did, this is already a step up for me. There’s still a lot of room to grow.”

Vincent Zhou gave a great performance, but once again had issues with under-rotations. He landed two quad lutz jumps along with four additional triples. His technical content may not have >been entirely clean, but his ability to emote has improved significantly this season. Zhou finished in fifth place 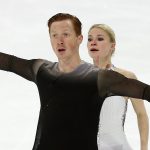 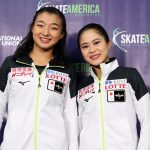 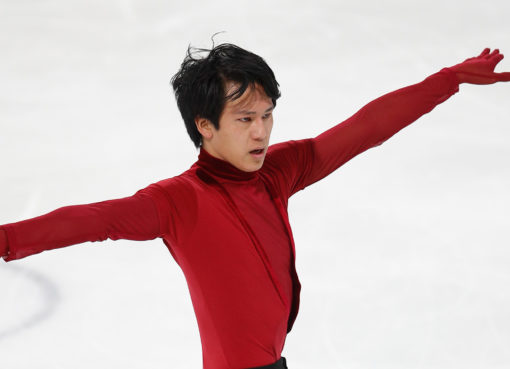