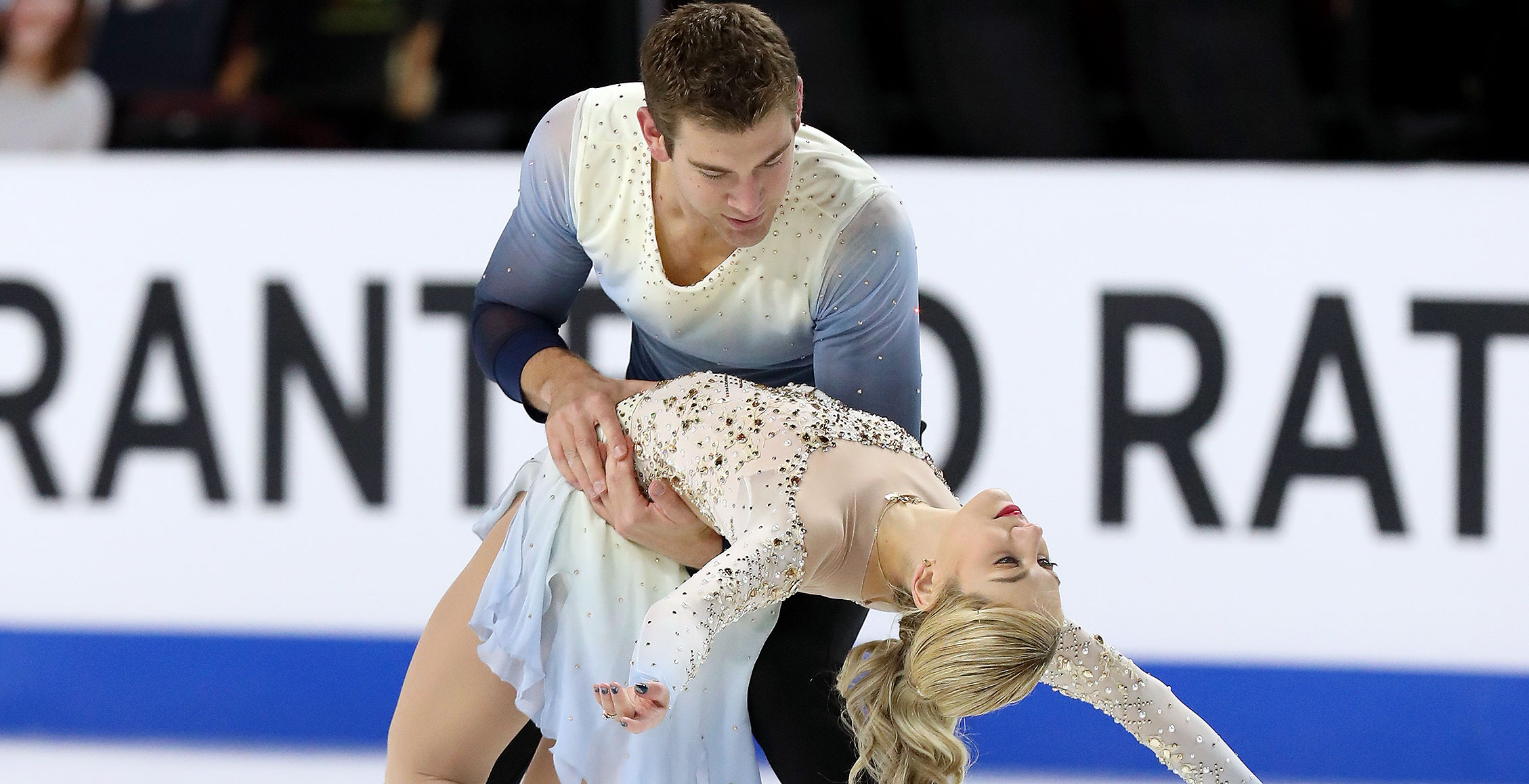 LAS VEGAS, NEV. — Last year, Brandon Frazier stood on the podium at the Orleans Arena in Nevada with his former partner Haven Denney, with whom he had won the bronze medal. On Saturday at that same arena, Frazier and his new partner, three-time U.S. Champion and 2018 Olympic team bronze medalist Alexa Scimeca Knierim, took home the pairs’ title in what was their competition debut. Knierim and Frazier partnered up in late March after Knierim’s husband and partner, Chris Knierim announced his retirement in late February.

In first place after the short program, Knierim and Frazier closed out the pairs’ free skate, delivering a stunning free skate to “Fall on Me” by Andrea Bocelli and Matteo Bocelli that showcased a big triple twist, a triple toe-double toe combination and a beautiful throw triple loop.

After their free skate, Knierim and Frazier said they did not have any expectations for the competition, but just were happy with the progress they have made as a new team.

“I made a joke to Brandon when I got our scores that this partnership is going to work,” Knierim said with a laugh. “But I didn’t really have any doubts prior. It is always great to have a successful event and to place well, but more than anything we are pleased with our progress and we feel like our hard work is being validated. We are just excited for what is to come and excited to keep improving.”

Jessica Calalang and Brian Johnson, who train alongside Knierim and Frazier in Irvine, Calif. with Jenni Meno and Todd Sand, captured their first Grand Prix medal, a silver. The 2020 U.S. silver medalists had some struggles with their side-by-side jumps, doubling the toe-loop and stumbling on an under-rotated triple Salchow in their “Who Wants to Live Forever” by the Tenors featuring Lindsey Stirling free skate.

“We’re a little disappointed about our long (program),” Johnson told the media after his free skate.  “We had a couple of mistakes on elements that we know we can do. We go back home and keep on working.”

2018 U.S. junior championships Audrey Lu and Misha Mitrofanov, who were third after the short, also seized their first senior Grand Prix medal, a bronze. Lu and Mitrofanov skated to fun and exuberant Charlie Chaplin medley that included side-by-side triple Salchow-Euler-double Salchow combination and side-by-side triple toe-loops, but had some issues with the throw jumps, where Lu fell on the throw triple loop and touched down on the throw triple Lutz.

“We are happy with our long program,” Mitrofanov said. “We definitely know there are certain areas where we need to improve so we are going to continue training hard and make sure we are able to improve our second marks (artistry) and our technical side as well.” 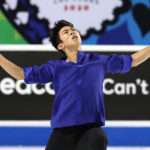 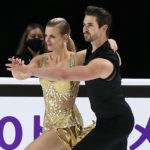