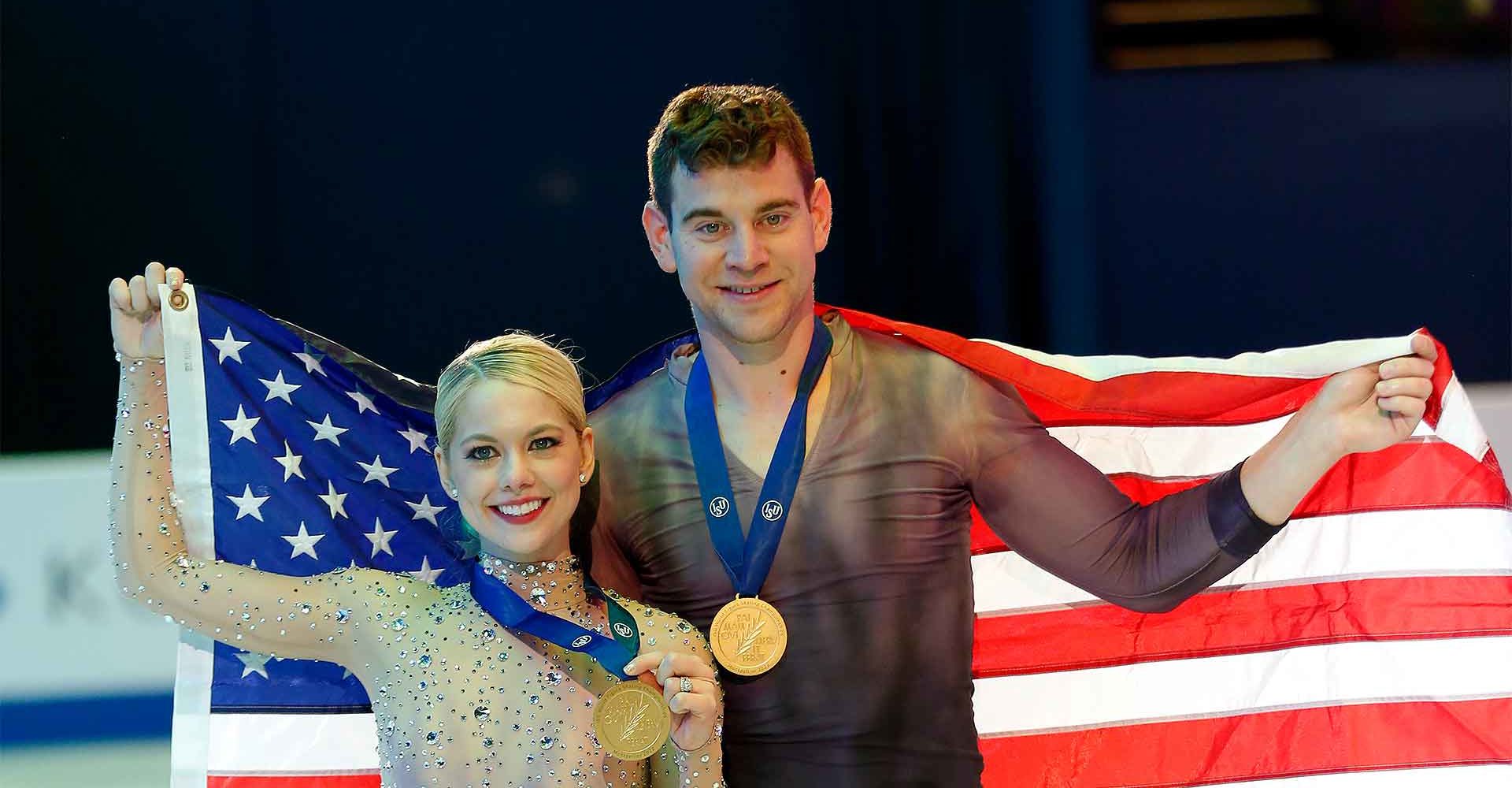 Alexa Knierim and Brandon Frazier of Team USA won their first World Championship title in their second appearance as a team at the event. Their gold is just the third World title ever for a U.S. pairs team.

And they made it look as easy as that 1-2-3, skating two clean programs and achieving personal best scores in all three segments of the competition, short program, free skate, and total score.

With the top five finishers from the 2022 Olympics absent from this event in Montpellier, France, there were high expectations for the American and Japanese pair teams, who finished right below those five teams from Russia and China at the Olympics. Russian and Belarusian athletes are banned from ISU competition because of Russia’s invasion of Ukraine and China chose not to send any athletes to Worlds this year.

Without those teams present, the door was certainly open, but Knierim and Frazier, the 2021 U.S. champions, still needed to deliver. They took the lead in the short program with a clean skate and never let it go. In the free skate, they nailed both sets of side-by-side jumps, a throw triple salchow and throw triple flip, and earned Level 4 on each of their lifts, death spiral, and pair spin.

“I couldn’t have asked for a better way to end the season,” Frazier said. “For Alexa and I, this was such a personal journey since we teamed up. For us to finish the season on this kind of program, that means so much to us. I’ve dreamed about this moment so many times but this is even better.”

Both skaters reacted emotionally at the end of the program and when their scores came up.

“So many emotions I can’t even explain it – it was so much gratitude, fulfillment, excitement, disbelief — it was magical,” Knierim said. “In the moment, it was living a dream that Brandon and I always sought after but never knew it would actually be possible, and we want to live in this moment for a long time.”

The last U.S. pairs skaters to win a World Championship were Tai Babilonia and Randy Gardner in 1979, and the team sent their well wishes to Knierim and Frazier on Twitter: “After 43 years, you are the newest members in this very exclusive American skating club. We applaud your historic achievement and can’t wait to see what comes next!”

Asked about their milestone achievement for Team USA pairs after the event, Knierim said: “American pairs were always on the map. We’re very proud of what we’ve done and we’ve always been proud of the American pairs.”

Knierim and Frazier’s strong performance was impressive on its own, but even more so given the accident that occurred right before they skated. U.S. team Ashley Cain-Gribble and Timothy LeDuc withdrew from the competition in the middle of their free skate, after Cain-Gribble fell and reportedly hit her chin on the ice and was unable to resume the program.

“Our hearts go out to Ashley and Timothy — it’s absolutely devastating. I was standing right there, trying not to look, and I told myself, ‘You can’t do anything, you need to stay focused and do your job,’” Knierim said.

Cain-Gribble was taken off the ice on a stretcher and admitted to a local hospital. U.S. Figure Skating reported the next day that Cain-Gribble had been released from the hospital and was resting at the competition hotel, and we will report more details on the injury as they become available.

The two-time U.S. Champions looked to be en route to a medal after a season’s best short program, where the pair earned Level 4 on all the pair elements but the triple twist, which earned Level 3.

Japan’s Riku Miura and Ryuichi Kihara earned the silver medal in Montpellier, the highest-ever finish for a Japanese pair team and the first medal since Narumi Takahashi and Mervin Tran won bronze a decade ago, in 2012. Miura and Kihara’s signature lift, which starts and ends with Kihara in a lunge position, was a highlight in both segments of the competition, exhibiting exceptional strength and stability.

The pair started strong in the short program, but then had a bobble when Kiura put both hands down on the throw triple lutz. In the free skate, it looked like they might have been feeling the pressure a bit more, with Miura falling on the side-by-side triple salchow and throw triple loop.

But their lead in the short program served them well; they were 4.22 points ahead of the team from Georgia, Karina Safina and Luka Berulava, and 5.04 points ahead of Vanessa James and Eric Radford of Canada, so they held on for silver.

“Now we secure the medal, but I don’t think our performance is worth winning a medal today,” Miura said. “We regret our performance today, so next season I want to push ourselves hard and to the very end and we want to practice hard. I was very sorry for my partner.”

Kihara was also disappointed in their free skate performance, but expressed excitement about their historic achievement for Japanese pairs skating.

“We wanted to show the best performance today, but since we came back to Canada after the Olympics, our conditions were not very good. This is not the goal, of course, we are gutted, so next season we want to come back strong,” Kihara said. “I’m happy and hope the next generation will find interest and want to challenge the pairs discipline.”

Vanessa James and Eric Radford of Canada, two established pairs skaters with other partners who teamed up for the Olympic season, won the bronze medal.

“We feel amazing. To have this skate at our first Worlds here in France was an incredible and an unforgettable experience for us, even as experienced competitors as we are,” Radford said. “I think the technical aspects were there today. It was a big accomplishment and we got to really release and feel this program, skate from the heart, and that’s the best.”

Their side-by-side jumps in the free skate were shaky, and Radford singled the middle toe loop in their triple toe-double toe-double toe combination. But they finished second overall in the free skate after earning Level 4 on all of their pair elements except the triple twist, which earned a Level 3. For a new team that had trouble executing lifts late in the program earlier this season, it was an even more impressive achievement.

“It feels like everything is coming together just when we needed to. We fought till the end. We didn’t just fight, we didn’t just think of the elements, we really performed and we really felt comfortable on the ice. It felt at home,” James said, adding that medaling was “very unexpected circumstances and it’s a tragedy — she is hurt. We are very upset that the Americans are hurt and had to withdraw. We did all we could and we are very focused on right now. We are happy to be on the podium right now, but we’d like to be there in the better circumstances and our thoughts are with Ashley.”

James and Radford did not commit to another season or announce a retirement. Radford said they were taking some time to come to a decision.

Safina and Berulava of Georgia finished in fourth place after a personal best short program and a shaky free skate. They had issues on the side-by-side jumps in the free and only earned a base level on their death spiral.

“It felt OK. Yes, there were mistakes, physically it was difficult for me today, but we are going to continue working,” Berulava said. “The result is not bad, but it’s life, it’s sport, life is not over. We are 18 and 19 years old, so we are going to show what we can. We are going to Junior Worlds [in April], and after that we are going on vacation.”

Their Level 4 triple twist in the short program, with impeccable height and ice coverage, was a highlight element for the duo.

Minerva Hase and Nolan Seegert finished in fifth place with a redemptive performance after a difficult Olympics. At the Olympics, Seegert tested positive for COVID and had to quarantine for 10 days at the competition, missing the team event but getting out in time for the pairs event. The time off the ice and away from training with his partner took its toll and it was difficult for them to get through the free skate in Beijing. But here in Montpellier, they skated a clean short program and a personal best free skate.

“Today and yesterday, for the first time, I was fully enjoying to be here. I took the atmosphere in and let out all the emotions,” Hase said. “It means everything for us [to skate well here]. It was hard for us to get back into training after the Olympics and after Europeans. There was a lot of stress in practice and we put pressure on ourselves to finally perform well. Finally, we were able to deliver and this is really nice. This is a really nice ending of the season for us.”

Check out photos from the pairs event, medal ceremony, and backstage on our 2022 World Championships Photos Hub. 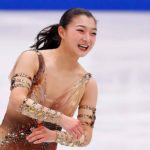 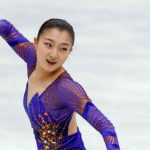 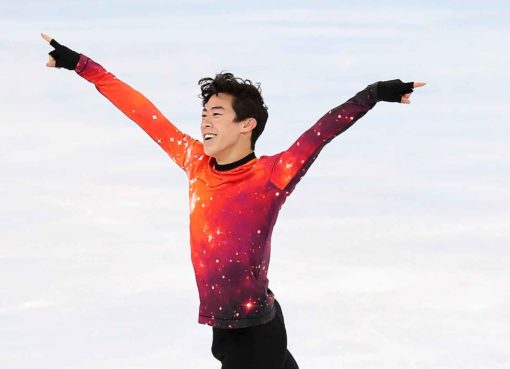 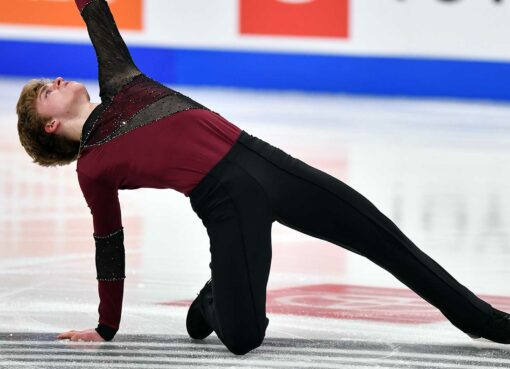 Hard work pays off for Will Annis