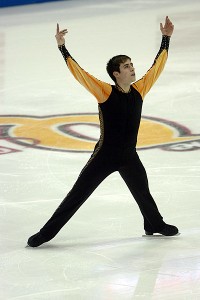 After missing the last two U.S. Championships due to injury, and finishing a disappointing ninth at last season’s Skate America, 2007 World Junior Champion Stephen Carriere is looking for a triumphant return to competition at the Nebelhorn Trophy, Sept. 21-24 in Oberstdorf, Germany. Before leaving for the opening event of the senior international season, Carriere talked to Figure  Skaters Online.

Because of injuries last season, we only saw you one time, almost a year ago when you placed ninth at Skate America. Should we expect a different Stephen Carriere at the Nebelhorn Trophy? I do not know if you will see different Stephen; but you’ll definitely be able to see more. Last year I had another mixture of injuries starting before Champs Camp, and it was more difficult to draw from within than if I was home. Making the decision to go home was hard but the right one.

Having been out of serious competition for almost a year now, do you think you’re “hungrier” this season than before? It was incredibly frustrating look at the past couple of seasons because I was not giving myself the chance to change and grow on the ice when I left Boston. I would not say I am hungrier because I have always been able to motivate myself, but at the end of the day I can use the past couple of seasons to push myself more if I feel like I am not doing enough.

What are your goals for Nebelhorn and the season? I want to be able to give myself a chance to compete again, and grow on the ice. Nebelhorn will start the season so that is essentially what I want from it; the framework of the season; and of course I will adapt from there.

What was your reaction to receiving Nebelhorn Trophy? Were you surprised or was it kind of expected after the summer you had? I was happy when I heard. Having not competed at nationals and hearing the the ISC [International Selection Committee] has faith in me to keep competing based on the summer events makes me feel that I earned that spot through the work I did up to Liberty and the weeks after. I actually gave myself a little pat on the back; which I seldom do. I also feel eternally grateful to USFS and the International Selection Committee, for having faith in me.

This is the first time since 2007-08 that you have no Grand Prix assignments. Is that kind of a weird feeling? Well, if I look at the past couple of years’ yes it is weird; but I fully expected that to happen when I withdrew from nationals. It just means I will have to earn my way back to the place I want to be in my career.

Tell us a little bit about your programs. The short program is a combination of Louis Armstrong’s “La Vie en Rose” and “Mack the Knife”. The instruments and the jazz feel of the pieces are what my grand father really enjoyed, so the short program has a little bit of a nostalgic feeling for me. The long program consists of various pieces from the Swan Lake Ballet done by various Orchestras and composers. Swan Lake is very exciting to skate for me, because in the production, the female lead and essentially the male lead roles have basically a double personality. It is that struggle between that good and bad self, which I think everyone encounters sometime in life.

Are you planning a quadruple jump for Nebelhorn? Technically, there are no quads in the program, but it is also September. I am focused on physically doing the programs and working out any kinks. When I think back to the season I made the World Team, the programs were not super amazing at this time of year, and they should not be. I do not like to say whether I plan to put the quad in the program later in the season, because I feel like that is an obvious statement. I think every male senior skater wants to put the quad in the program. I prefer to keep my mouth shut on that, and stay focused on what I am doing right now.

You’ve received high component marks this summer when you used to be known more for your technical skills. Do you think the injuries helped you develop your components? I don’t think the injuries are the reason why I have higher component scores. Maybe taking time off has caused me to mature a bit in the sense that I have revitalized my love for skating. I hate to say that I cannot give a better answer than then run of the mill cliche.

What exactly were the injuries that took you out of the last two U.S. Championships? In 2010 and 2011, I had various tendonitis hot spots on my ankles and feet. In both years, I developed annoying pain in both left and right ankles which crept up the legs to my shins in 2011 and left knee in 2010. After withdrawing in 2010, mentally I did not fully recover. Even though I went home for a bit to recover, when I returned to Delaware, I started up training again, and soon developed an infection on my right ankle right before Champs Camp in the summer of 2010 going into the next season. I contracted an infection from an ingrown hair and from working out in poorly cleaned pool at a gym in Wilmington, Del. Fortunately, it was not a staph infection, but when I came home from Champs Camp, I immediately went in to self-destruction mode, and thought well I have to push harder. For example, my Axel was a bit off, so I think I might have done about 40-60 double Axels a session to try and get the timing right for the triple again. I would do three sessions a day. That kind of destructive training reaped its “rewards” come time for Skate America in 2010 and thus nationals in 2011.

Where are you training this season? I am training at the Skating Club of Boston with Suna Murray. That is where I am day after day and I really enjoy skating with Suna. Suna gives me such a realist perspective when it comes to training and figure skating in my life. I can get too caught in my sport, and Suna gives me another way of looking at my training and skating. Suna also has watched me skate since I was very young at the Skating Club of Boston, so she does know me very well. I do not take from Priscilla Hill and Sharon Tashjian as much as everyone thinks I do. I am grateful for their help the past couple of years, and the only change in the relationship between us is that I am home now and not in Delaware. I had absolutely no issue under Priscilla’s and Sharon’s tutelage. I do think though that those three women have a major role in my skating career altogether.

Earlier this year, there were some rumors that we would see you resurface as a pairs skater. How serious where you or are you about pairs skating? Those rumors were completely true. When I went home, I thought about it, and basically began to see where things would go. I have always been interested in pair skating, and even now I still am. I will not write that off. When I came home I spoke with some coaches, but unfortunately, that did not get off the ground. I did have a handful of offers, but when the coaching situation did not work out in Boston, I briefly told those offers that I am sorry for the inconvenience. But even now, I will say, stay tuned, because you never now.

Besides skating, you’re also attending college part time. What school are you at now? We’ve heard Villanova University, The University of Arts in Philadelphia and Boston College but there would have to be many Stephen Carrieres for that. That is a lot of schools to be enrolled in at one time! I am currently back at Boston College as a Business major. I am attending part-time, like before, and this semester I am taking French and Principles of Advertising.

Other than skating and school, do you have time for anything else? Are you still taking pictures and working on your photography skills? Yes, I am still studying photography, but it has to be on my own time. I am someone who needs to juggle different things in my life, but sometimes school and skating is enough. So right now I am on a physical hiatus from taking pictures, but I am definitely hitting the books on how to better my skills.

Thanks for taking the time to chat Stephen. Good luck this season. Thank you. I’ll keep everyone posted on my official website Stephen Carriere Online. 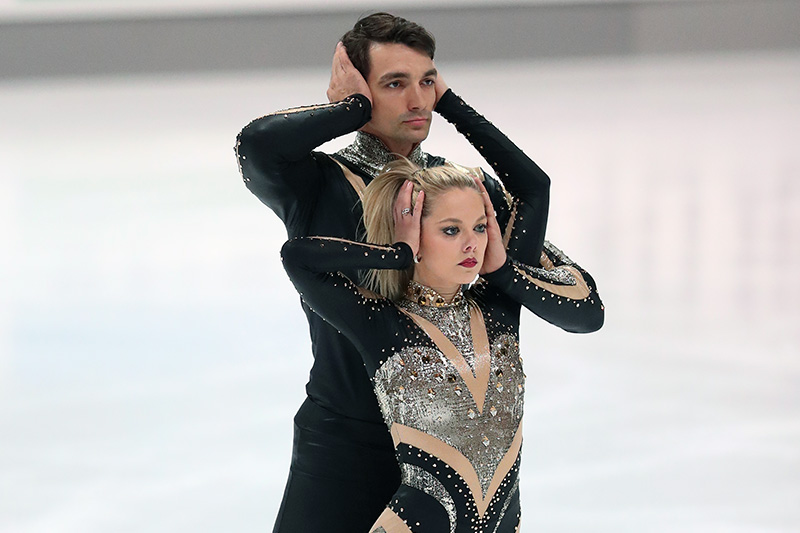