The Colorado-based coach, who was named the 2011 U.S. Figure Skating/Professional Skaters Association’s Developmental Coach of the Year, doesn’t wallow when faced with a problem or a challenge. In her words, she “just keeps rolling” and works to find a solution.

In 2013, she decided to move to Colorado from Chicago to further her coaching career. The day before her moving truck arrived, the phone rang and she learned that she didn’t get the coaching job she had been counting on at the Broadmoor World Arena in Colorado Springs. She was also seven months pregnant with her second daughter.

Ade hung up the phone and sprang into action, calling Colorado Springs-area rinks. The man who picked up the phone at Monument Ice Rink in Monument, Colorado, was willing to give her a chance.

“He told me that they basically turned off the lights and locked the door of the rink during the day,” Ade said. “So I said, just leave a couple lights on and I will build you a program. Give me a year.”

So the next day, she packed up the moving truck and headed west.

That was in March 2013. By February 2014, she was by the boards at the Winter Olympics in Sochi, coaching American Jason Brown to a bronze medal in the team event and a 9th place finish in the men’s event.

“That first year, he would literally turn on half the lights, because electricity is exorbitantly expensive in ice rinks — it can cost $30,000 a month. I remember a couple times where I said, ‘Can we please have a Zamboni?’” Ade recalled. “We were training under those kind of conditions that they show in b-roll in Russia — snow falling, its dark and gray, they were skating on an inch worth of powder. But out of that came Jason [Brown] making the Olympic team as the silver medalist at nationals and Jordan [Moeller] making the junior world team as the junior silver medalist at nationals. So out of these super humble training conditions, and with a whole lot of grit, we were successful that first year.”

Grit is a word that comes up often with Ade. It’s a quality that she wants to instill in her students, and one that she herself exemplifies. For Ade, adversity is simply a nudge to improve.

“It pushes me to be better every single day. When you look into an athlete’s eyes, who looks defeated or hopeless in that moment, and they need a nugget of wisdom from you, you go, ‘Oh my gosh, I have to come up with this on the fly.’ This kind of high-pressure season has forced me to be sharp with regard to my delivery and the appropriateness of my words,” Ade said. “I’m working on being as articulate as I can, but at the same time being realistic. Not everything this season is going to be sparkles and rainbows. It’s going to be tough.”

Both Brown and Lecavelier are fighting for an Olympic spot — Brown hoping to grab one of the three available men’s spots for the U.S. and Lecavelier aiming for France’s lone ladies entry.

They train at Ade’s 7K International Skating Academy at that same Monument rink, and now the lights are always on and there is no trouble getting an ice make. It’s the highest-altitude training center in the U.S., where Ade teams with artistic director and choreographer Rohene Ward and administrative director Heather Aseltine. They offer programming from the learn-to-skate to elite level, as well as adult skating.

From Science to Skating

Ade has an unusual background for an elite level coach, and during her college years, she actually thought she’d go to medical school or into forensic science. It was during an internship — in the middle of conducting an autopsy — that she realized that science wasn’t going to be her career, despite how much she enjoyed the subject.

“In the middle of the autopsy, I realized that no matter what kind of great science we would do that day, we couldn’t change history and make it a good day for that person lying there on the coroner’s table. It was like an epiphany,” Ade said. “I realized at that moment that I needed to do something that would touch the human spirit and be more proactive, instead of reacting to what had already happened.”

It was the first step on a journey that would lead to the development of her holistic coaching philosophy and TAPS (Total Athlete Performance Seminars). TAPS aims to develop the whole athlete, including the mental and emotional aspects that play a powerful role in successful training and competing, at all levels of skating.

“I wasn’t a highly decorated competitive skater, so it never crossed my mind that I could be a professional coach, much less an elite coach, much much much less a world and Olympic coach,” she said. “I remember saying to myself, if this is going to be a career and not just a job, I am going to pour my heart and soul into it. I’ve spent about $100,000 educating myself in the sport.”

Ade attended seminars, learned from other coaches, and apprenticed under coach Anthony Liu at the famed Ice Castle International Training Center in Lake Arrowhead, California. Her personal experience with ADHD also influences how she coaches.

“My own short attention span for anything that feels like its stagnant led to my insatiable quest to branch out and figure out new ways,” Ade said. “I don’t want anybody’s experience with me to duplicate anybody else’s. I want every athlete that I come in contact with throughout my career to have a unique experience with me as their coach; to not have the same analogies, to not have the same anecdotes. I just want them to feel that I can connect with them as people. And then, I think they are able to grow as athletes so much more fully.”

At the core of Ade’s motivation as a coach is a desire to positively impact her skaters’ lives, and equip them with skills that are useful both on-ice and off. This year, she launched 7K Cares, with the goal of doing 7,000 good deeds in 2017. So not only are her skaters working on their mental strength and training on the ice, but they are also participating in service projects in their community.

“I want to round out their experience as athletes, so that they understand that it’s not about them all the time, because that’s not the way the rest of the world is going to treat them,” she said. “I try to challenge myself to make their experience as compelling as possible. I want them to come back to the rink every day, not just to land a new jump, but to be mentally and emotionally stimulated and challenged.”

It’s this approach that breeds intense loyalty in her skaters. She has worked with Brown and Jason Moeller for nearly 20 years. When Brown and Moeller were considering their next move after high school graduation, leaving Ade was out of the question for them both. In 2014, Brown’s parents told ESPNW about coaches and others in the sport pressuring them to leave Ade for a more established coach.

“We never thought about leaving Kori,” Marla Brown, Jason’s mom, told ESPNW. “Our child could not have been happier or more motivated with anyone else.”

Both Brown and Moeller made the move with her from Chicago to Colorado, and played a major role in the growth of 7K.

“I couldn’t ask for better leadership in the rink. Jason and Jordan are by far the most humble, kind, hard working, determined leaders that I could possibly have.” Ade said. “And I think that the culture of the ice rink has really been determined by both my leadership and theirs, because kids want to emulate the behavior of a high-level athlete like them.”

Ade’s immediate focus is guiding her skaters through this pressure-packed Olympic season. But down the road, she wants to coach other coaches and help them develop their own coaching philosophies. She’s currently participating in a U.S. Olympic Committee leadership program, one of only 12 coaches across all Olympic sports selected for the program.

“I’m learning so much about the culture of coaching and realizing that what I do is very unique,” Ade said. “So I’ve turned that into a coach’s education series that I offer to coaches in all different sports, that has a little bit of my sports psychology and my TAPS program woven into it.”

She is also working on a talent-identification program that she hopes to implement in rinks across the country, called SHARP (specialized high-aptitude resource program). Ade collaborated with sports scientist William Sands, who is known for developing the talent-identification program for USA Gymnastics, on SHARP. She hopes the program will allow U.S. Figure Skating to spot talented skaters and then provide them with the resources they need to reach the world and Olympic level, while funneling other participants into a competitive recreational track, a model that is similar to the USA Gymnastics method.

“There is no shame in being a test-track competitor,” she says. “The concept is that if we can develop our skaters in our country the way that gymnastics develops their gymnasts, we will have less attrition and far more success on the world and Olympic stages. We have the talent, but we don’t necessarily harness it.”

The daughter of a college professor, Ade believes that if you know something, you should pass it on. It’s what she hopes to do for other coaches, across all sports, and in skating, with the SHARP program.

“I was raised to believe and remember that my time here on earth is very short, and if I can leave a legacy and pass on my knowledge to the next generation, then I’ve made a bigger difference than if I just selfishly hold on to what I know for myself or for my own purposes.” 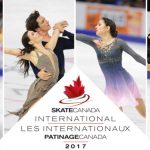 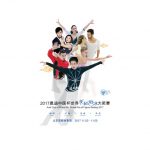 Tim Dolensky enjoying his new life on the high seas