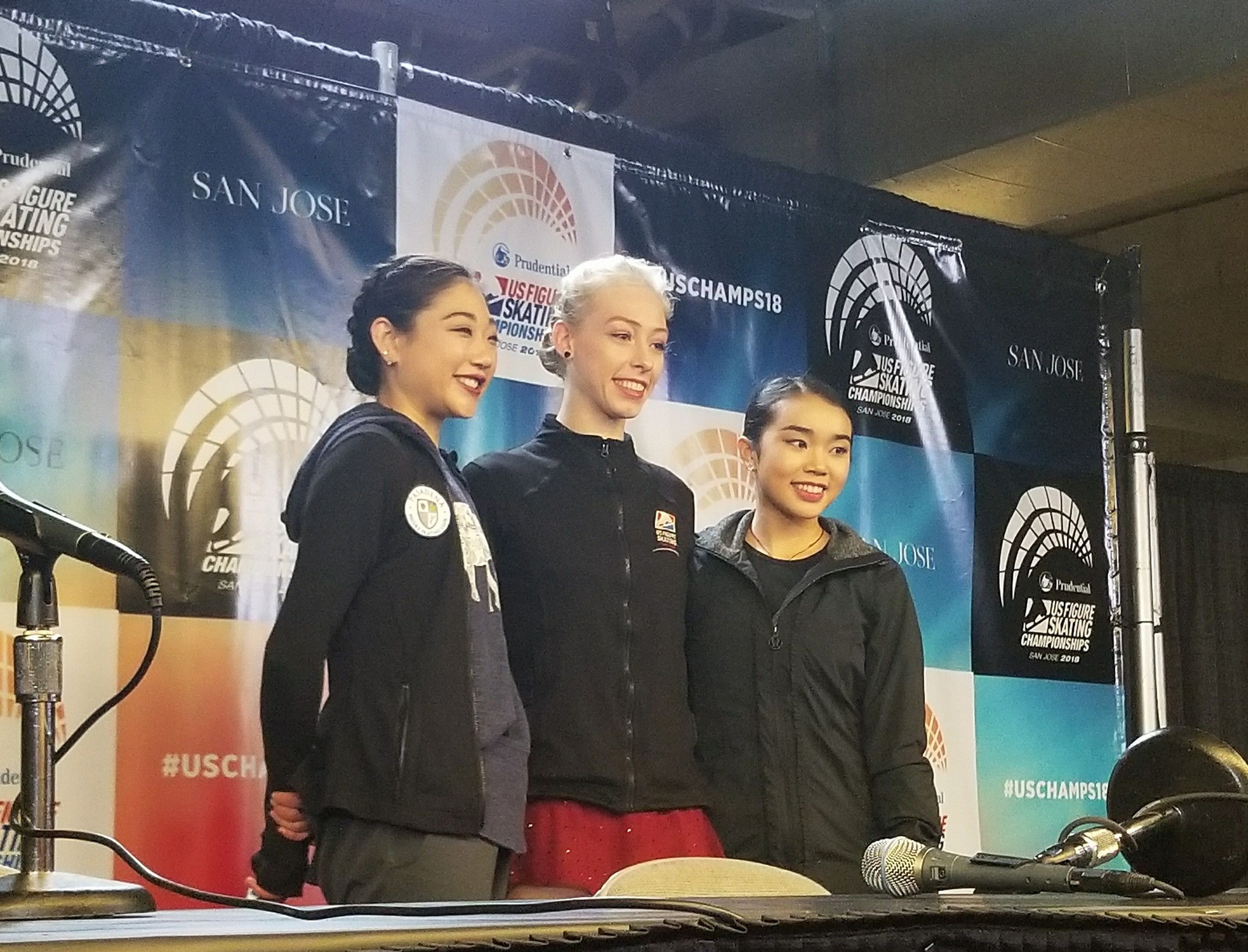 Following her bronze medal-winning performance at Skate America in November, Bradie Tennell’s name was quickly entered into the mix as someone to make the podium at the 2018 U.S. Championships and possibly be named to the 2018 Olympic team. Taking off right where she left off in Lake Placid, the 19-year-old delivered a record-breaking short program Wednesday to win the short program at the senior ladies event at the SAP Center in San Jose, California. The 2015 U.S. Junior Champion scored a 73.79, which is the highest ever U.S. championships short program score.

“I felt like I was very prepared and I did the program that I had been practicing so I’m very happy,” Tennell said following her short program.

Tennell did admit that things have changed for her since her bronze medal performance at Skate America, but says she just tries to stay focused on her training.

“It feels like things have changed a little bit, but I try not to get caught up in that. I really like to just focus on myself and just take it one thing at a time,” she added.

Sitting less than a point behind Tennell is Mirai Nagasu, who scored a 73.09 in her short program Wednesday. Nagasu, who has gained quite a bit of attention and hype with her inclusion of a triple axel in both programs, stepped out of the jump, but regained her focus to complete her triple-triple combination and triple loop.

“I train to do my program even when I make a mistake, and so I was able to erase it very quickly and when I landed forward, when I stepped out, I was like, ‘Wow, I’m a cat. I’m still on my feet,'” Nagasu said about her triple axel.

Reigning U.S. Champion Karen Chen, who skated last in the event, sits behind Nagasu in third place. The Fremont, California native, who is competing in San Jose in front of a hometown crowd, earned a 69.48 in her “Golden Pond” short program, which is a return to last season’s program. Earlier this season, Chen had skated to El Tango de Roxanne from Moulin Rouge for her short program. She has also competed three different free skates this season before settling back on last season’s Jalousie ‘Tango Tzigane’ free skate.

“I remember starting off the season thinking that last season was pretty crazy. But this season so far has been even crazier. It’s literally a stock market. There’s ups, downs and it’s like unpredictable. I know I started the season with different programs, with new programs and new hopes but I ended up coming back to this short program and this long program because I felt like it was something I’m very comfortable with and it’s something that I really loved and I know works for me,” Chen explained following her short program.

Sitting in fourth place following the short program is Angela Wang, who earned a score of 67.00. Wang finished seventh at the 2017 U.S. Championships.

“I’m very excited to be where I am in the standings. This is my highest finish after the short program at the U.S. Championships, and my first time to skate in that final warm up group for the free skate. I’m really stoked to be in that position,” Wang shared with the media regarding her short program result.

Three-time U.S. Champion and 2016 World silver medalist Ashley Wagner sits in fifth place with a score of 65.94. Wagner received an underrotation call on the triple toe of her triple flip-triple toe loop combination.

“I know my strengths, I know my weaknesses, and that was a solid showing,” Wagner said. 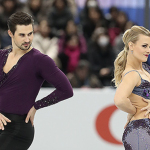 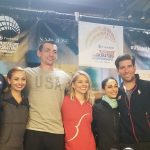