Consistency and Bradie Tennell have gone hand-in-hand all season, and in her Olympic debut, it was no different.

Coming out and skating the short program for Team USA in the team event Sunday, the U.S. Champion showed no sign of nerves and delivered a personal best short program, finishing in fifth place with a score of 68.94. She received six points to help Team USA qualify for the free skate portion of the team event.

“It felt like I was doing another program on a practice session. ‘You’ve done this program a million times, this is just a million and one.’ I get butterflies before the music starts, but then when the music starts, I go on autopilot and lose myself. I couldn’t have asked for a better first program at the Olympics,” Tennell told the media after her skate.

2018 U.S. silver medalist Mirai Nagasu will compete her “Miss Saigon” free skate for Team USA Monday in the final day of competition for the team event, while Tennell will now focus on the ladies individual event.

The winner of the ladies short program Sunday was two-time World Champion Evgenia Medvedeva, who received the highest short program ever in the ladies event, 81.06, breaking her own record of 80.85 that she set at World Team Trophy last spring. Her performance earned 10 points for the Olympic Athletes of Russia, who moved ahead of Team USA into second place, heading into the free skates/dance.

Reigning European Champion Alina Zagitova will compete in the free skate of the ladies event for the Olympic Athletes of Russia.

2014 Olympic bronze medalist Carolina Kostner, who is competing in her fourth Olympic games for Italy, finished behind Medvedeva in second place. She earned a short program score of 75.10 and earned 9 points for Team Italy, who qualified for the free skate. Kostner will skate her free skate Monday for Italy.

Reigning World silver medalist Kaetlyn Osmond, of Canada, finished third with a score of 71.38 and earned Team Canada 8 points to secure the top spot heading into the free skates/dance portion of the team event.

Reigning World bronze medalist Gabrielle Daleman will compete for Team Canada in the free skate of the ladies event.

2010 Olympic gold medalists Tessa Virtue and Scott Moir kicked off their third Olympic games with an outstanding short dance in the team competition, to keep Team Canada in first place after three events.

Virtue and Moir received level fours for most of their elements, except received only a level 2 for their rhumba and a level three for their midline step sequence. Still they were the only team to score into the 80’s, earning a 80.51.

Virtue and Moir will skate in the free dance portion of the event Monday for Canada.

Two-time U.S. Champions Maia Shibutani and Alex Shibutani finished behind Virtue and Moir in second place, retaining the second place spot for Team USA. Their short dance received a level two for their rhumba and a level three for step sequences, but they receive level four for their twizzles and rotational lift. They earned a 75.46, which was almost four points lower than their season’s best of 79.10 at Skate America, but felt that they had made improvements since the U.S. Championships last month.

“We felt that the skate was actually really good. We’ve been training so hard, and to be out on Olympic ice for the first time, we are really happy with it,” Maia said following their skate.

“We are a little surprised by the score, to be honest. We have been scoring much higher. We will have to go back and see the levels. The performance felt great, and we felt good about what we did out there,” Alex added.

The Shibutanis will compete in the free dance of the team event Monday.

Finishing just a point behind the Shibutanis’ were reigning European silver medalists Ekaterina Bobrova and Dmitri Soloviev, who earned a 74.76 and earned 8 points for the Olympic Athletes of Russia. They received level four for their rotational lift, diagonal step sequence and twizzles, but  received a level two for their rhumba and a level three for pattern dance step sequence.

They will also compete in the free dance of the team event Monday.

Italy’s Anna Cappellini and Luca Lanotte finished in fourth place, and Japan’s Kana Muramoto and Chris Reed finished in fifth place, helping both Italy and Japan qualify for the free skates/dance portion of the team competition. Both teams will compete again Monday in the free dance of the team event.

To check out our Olympic Information Hub, click here. 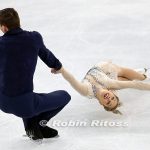 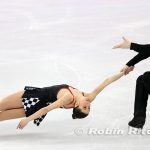 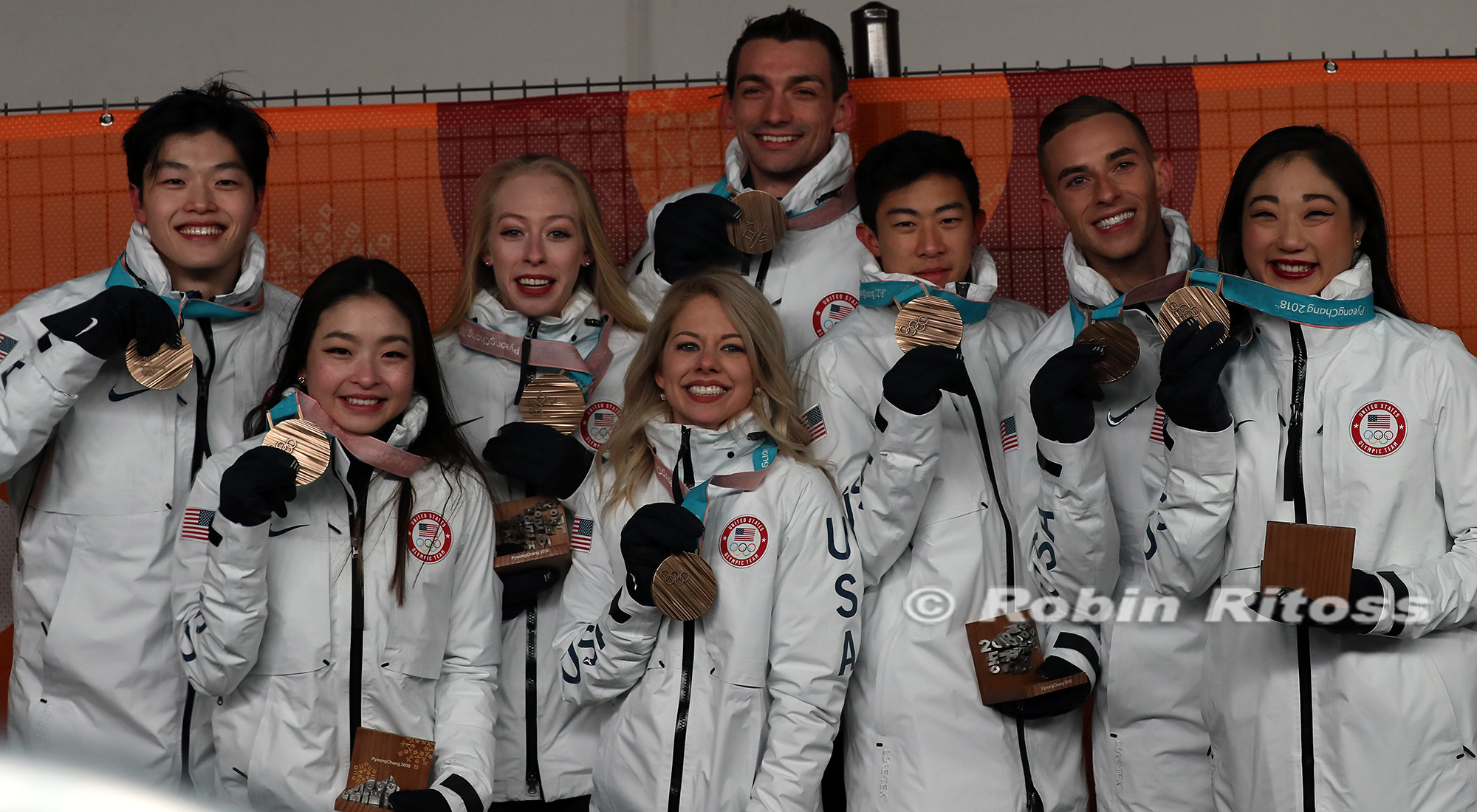