COLORADO SPRINGS, Colo. — The 2009 ISU Grand Prix (GP) of Figure Skating Series continues with its second event, the Rostelecom Cup (formerly Cup of Russia), in Moscow, Oct. 22-25. The event, which will be held at the Megasport Ice Palace, begins Friday with the compulsory and original dances and the men’s, pairs and ladies short programs. Official practice will take place Thursday.

Approximately 60 skaters from 18 countries are competing for points and prize money. Eight skaters from the United States will compete in four disciplines: ladies, men’s, pairs and ice dancing.

icenetwork.com will provide live and on-demand coverage of the event for “Season Pass” subscribers within the contiguous United States. U.S. Figure Skating, via a joint partnership with MLB Advanced Media, has secured the exclusive U.S. broadband rights for the 2009 ISU Grand Prix Series. Visit icenetwork.com for the complete broadcast schedule.

The Grand Prix Series, now in its 15th season, consists of six international events in a cumulative point-scoring format. Approximately 300 athletes from 30 countries are expected to participate in the series. Each athlete is eligible to score points in two of the six scheduled events. The top six point-earners in each of the disciplines then qualify for the ISU Grand Prix of Figure Skating Final in Tokyo, Japan, Dec. 3-6. Athletes will be vying for a total of more than $1.35 million in prize money throughout the series.

This will be the fifth Grand Prix Series appearance in Russia for 2008 World bronze medalist Johnny Weir, who took home gold from this event in 2007. Weir won silver at Skate America and the NHK Trophy last season, and claimed the bronze at the Grand Prix Final in Goyang City, Republic of Korea. Joining him in Moscow is reigning U.S. silver medalist Brandon Mroz, who finished seventh last season at Skate Canada and fifth at Trophée Eric Bompard. Mroz finished the season with a ninth-place finish at the 2009 ISU World Figure Skating Championships in Los Angeles, Calif.

Meryl Davis and Charlie White, the 2009 U.S. champions, won gold at last month’s Nebelhorn Trophy. Last season they took home gold from Skate Canada and bronze from the Cup of Russia and Grand Prix Final. After their gold-medal win at the 2009 Four Continents Championships, they finished fourth at the 2009 World Championships, just .04 points off the podium.

In addition to the Rostelecom Cup, the Grand Prix Series consists of the remaining events: 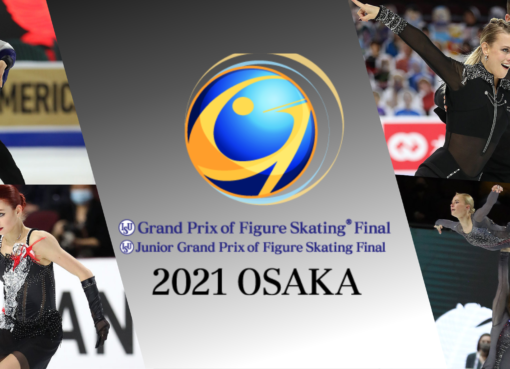