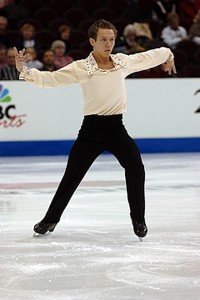 Talking to Grant Hochstein is like catching up with an old friend.  The Detroit based skater has an easy going demeanor, likes to crack jokes and will share the best and worst parts of himself. And if there is one thing you need to know about him, it is that his love of skating is absolute and his dedication is unmatched.

The road to the top hasn’t been smooth for the 21 year old, but each set back only seems to make him stronger moving forward, something he hopes to show this season. Figure Skaters Online chatted with Hochstein as he prepared to leave for the Ondrej Nepala Memorial Trophy, Sept. 29-Oct. 2, in Bratislava, Slovakia.

Ondrej Nepala Memorial will be Hochstein’s third senior international event.  “My main goal is to get out two really strong programs,” he said. “For the most part I’ve been doing that this season.  To keep building and keep being consistent and get that triple Axel out there this season.  A medal would be nice, after the heart wrenching finish last season [at Finlandia].”

At his first senior international event last season, Hochstein skated a solid free skate but missed the medal stand by .01,

He has a feeling this season will be different.  Hochstein has performed well at his summer events, winning his second Collegiate national title and the Thornhill Summer Competition held in Canada.  “Thornhill was a good competition and it gave me confidence to push myself even more and keep training more,” Hochstein said.

He also landed his first triple Axel in competition in Ann Arbor this May.  “[The triple Axel] was a long time coming, but we went back and broke the technique down.  It was tough but it makes it even more sweet when you work hard to do it,” said Hochstein, nothing that he’s planning two triple Axels in his programs this season.  “It’s become part of my repertoire and I expect that.”

He’s also working on a quad but does not plan to attempt one until at least the 2012-13 season.  “They were going really well and I was almost landing them,” Hochstein said. “They’re something I need to keep working on.  They’re getting more consistent in practice.  It’ll be there next year.”

For the 2011-12 season, he is skating his short program to “Clair de Lune”. He describes his short program music as quite interesting.  “It’s almost a reverse arrangement where the violin is the main instrument,” Hochstein  said. “Usually it’s a big orchestral version.  This one is more subtle piano and harp in the background.  It’s gentle but strong and it’s beautiful.  I knew that’s what I wanted to skate to for a really long time.”

His free skate was not such an easy decision, going through four different pieces of music before finally settling on “The Mission”.  He said, “I want to be able to skate to it with every ounce of my being and I love training it every single day.”

His favorite part of the program is that he doesn’t have to play a character.  “I really love skating and that’s the feeling I want to deliver with these programs.  Regardless if you’re first or last, I love skating and I want to show that off.”

While Hochstein is focused on skating, he is trying to balance the sport with school, making for an intense schedule. “My life is just crazy,” he said. “I go to school full time.  I’m taking 13 credit hours this semester.”

He attends school from 9:30 a.m.- 12:40 p.m. or 1:40 four days a week before returning home to let out his dog, Kingston.  He then spends two-three hours on the ice in addition to working out and taking ballet and pilates classes.  He also teaches for an hour or two each day and comes home around 6:30 in the evening to start his homework.

To keep everything in check, Hochstein says that you have to leave everything else at the door.  “You kind of have to forget everything else and focus on school when you’re at school. With my schedule right now, I get to come home and have a half hour to unwind and refocus.  It’s not easy, but I’ll have a degree in two years.  A lot of other skaters can’t say that.”

Hochstein said one of the benefits of attending college is that it keeps him grounded.  He shared an amusing story of his plight to get his absences excused in his French class while he attends his international events.  “When people don’t know who you are it’s humbling.  I’m really just a person.”

Hochstein started coaching to pay his bills, but has found that it is one of his passions.  “I love taking kids to competition,” he said. “It’s rewarding, knowing it’s my guidance that’s helped them achieve the goals they’ve set.”  He does admit that being behind the boards makes him more nervous than competing himself.

Coaching also gives him perspective on his own skating.  “It helps you take a step back and break things down and makes you more aware of technique and aware of body positions.”

Coaching is something he would like to pursue once his own career is over.  “When you take a step back and say when I’m done skating what am I going to do, I really love teaching skating,” Hochstein said. “That’s the direction I want my life to take.  To be able to give back.”

Hochstein and his coach Lindsay O’Donoghue have one of the longest relationships in the skating world.  She’s been his coach since he started skating at 9 years old.

“Lindsay and I have a fantastic relationship,” he said. “She’s been there for me for personal things and skating things.  One of the reasons I love skating so much is that I have such a great relationship with my coach and I can share everything with her.  I’m very lucky and privileged to have her.  It’s a comfort to have someone who knows what you’re thinking and knows how you’re feeling without saying anything.  I do believe she has everything it takes to take me to the Olympics.  She knows exactly what I need and what I need from her.”

Hochstein also looks to close friends 2008 U.S. Novice Ladies Champion Kiri Baga and Kate Charbonneau, a Canadian skater, for support.  “Our careers have taken the same path,” he said. “We all went to Junior Worlds together and we were 5-6-7.  Last year was a bit rough on all three of us.  This year is the comeback year and we’re turning a new leaf and riding the wave and it’s fun to share it.”

Hochstein has taken advantage of all the travel opportunities he’s received as a skater.

“I’ve been very fortunate that I’ve gone to cool places and I’ve been able to take side trips,” he said. “I love Tokyo.  It was so out there and different.  Budapest was beautiful.  After Junior Worlds, I went to Paris with Kate and Kiri.  Each place you go to is different and cool in it’s own way.”

On his upcoming trip to Slovakia, he has a few spots he wants to hit and is going to Rome for four days after the competition.

Hochstein heads into Ondrej Nepela Memorial following a disappointing 12th place showing at the 2011 U.S. Championships in January. At nationals, he caught the flu bug that was going around and competed his free skate with a 102 degree fever.  He joked that his goal for this season is to get a flu shot.

He’s also aiming for a Top 6 finish at nationals.  “If I keep working hard and I keep pushing myself every day I think it’s very reasonable,” Hochstein said.

He believes the key is to be aware of what everyone else is doing but not dwell on it.  “Last year I was more concerned with what other people were doing and not what I was doing.  I can’t control what other people are doing.  I’ll keep believing in myself and good things will happen.”

As for long term goals, it can be summed up in one number: 2014.  “It’s something I’ve always dreamed about.  The Olympics is what everything is about.  It’s a dream since I was 9 and skating in my basement.  I’d love to say that I’d stick around for 2018, but you have to be realistic about what your body can go through.  We’ll see where skating takes me.”

Hochstein is more than willing to put in the hard work needed to make an Olympic team and understands what a long, difficult journey it can be.  “I was a very good novice,” he said. “The next year [as a junior] I got injured at sectionals and couldn’t jump for a year.  It took me a really long time to get back to where I was.  I’m older but still new at all of this.  Last year should have been my age 16.  It was a very interesting road to take to get to where I am.”

One of his best attributes is his humility.  He doesn’t take anything for granted and truly appreciates every opportunity he receives.  “I don’t have things handed to me.  When you really need to work for things, it makes it sweeter and you appreciate it more.  This year I was really hoping to get a senior B.  It gives you chills to hear ‘representing the United States of America.’  It’s such a privilege and so many people don’t get to hear that and experience all the things I’ve got to experience as a member of Team USA.”

He’ll be chasing his first senior international medal in Slovakia, but at the end of the day, he doesn’t feel that medals will define his career.  “I love skating,” Hochstein said. “I love skating so much.  That’s what I want people to remember.  That I skate with my heart and it came across to the audience.  Maybe I won’t win the most national titles or an Olympic title but I want to people to remember me because I made them feel a certain way when I skated.” 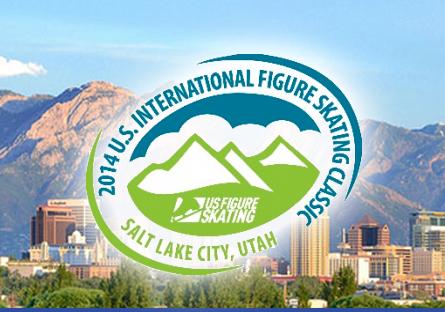