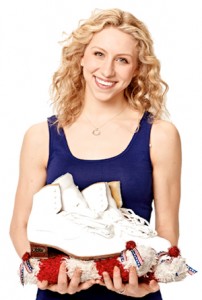 With the new season starting next week, two-time U.S. bronze medalist Agnes Zawadzki launched a redesigned website at http://www.figureskatersonline.com/agneszawadzki.  Zawadzki has had an official website, in cooperation with Figure Skaters Online, since 2010.

Zawadzki is a three-time medalist at the U.S. National Championships, most recently claiming bronze in 2013.  At the junior level, she won the silver medal (2010) and a bronze (2011) at the ISU World Junior Championships.

She will open her season from September 11-15 at the U.S. International Figure Skating Classic in Salt Lake City, Utah and will also compete at two Grand Prix events, Cup of China and Rostelecom Cup.  This is her fourth season on the ISU Grand Prix series.