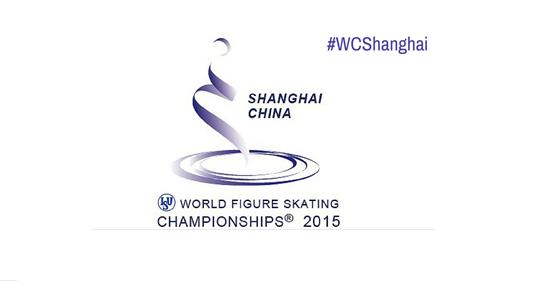 When it comes to the World Championships, Team USA has experienced a drought in bringing home the singles hardware and establishing themselves as the best in the world.

For the ladies, it has almost been a decade since Kimmie Meissner won gold and Sasha Cohen bronze at the 2006 ISU World Championships in Calgary, and that was the last time that any U.S. lady has stood on the World podium. Next week, the Team USA ladies are hoping to end that drought and bring home a medal.

“We have a talented field. All of the ladies have proven themselves internationally this season,” three-time U.S. champion Ashley Wagner said during a recent U.S. Figure Skating media call.

Wagner heads into Worlds as the reigning national champion, along with earning the bronze medal at this season’s ISU Grand Prix Final, silver at Skate Canada, and bronze at Trophee Eric Bompard. She decided to forgo competing at the ISU Four Continents Championships to focus on her training for Worlds.

“Nationals takes so much out of you. I didn’t have enough energy for Four Continents. I took a week and a half off the ice, relaxed and came up with my game plan for Worlds,” said Wagner.

Looking for her first World Championship medal, she knows she can’t leave anything on the table if she wants to beat the strong Russian ladies. That includes making sure her outside edge for her triple Lutz is clear. It has been a jump that she has known to “flutz” in previous competitions.

“I’ve been really pleased with my season. I have really paced myself. Training is going great. I just have to stay calm and let myself skate,” said Wagner. “Hands down this is the best I have ever felt. I’m madly in love with skating.”

While Ashley Wagner is heading to Worlds with a lot of momentum from Nationals, 2015 U.S. silver medalist Gracie Gold‘s season hasn’t gone exactly as planned. After starting out the season with a bronze medal at Skate America and winning gold at NHK Trophy, Gold had to withdraw from the ISU Grand Prix Final due to a stress fracture in her left foot. She would lose coveted time in her jump training heading into the U.S. Championships. In Greensboro, Gold was unable to defend her U.S. title and had to settle for silver.  Two weeks after Nationals, Gold finished fourth at the Four Continents Championships, an event where she was considered the heavy favorite to win gold.

“It was not a great competition all around. I didn’t feel great, didn’t sleep great. I was off all week,” said Gold during her U.S. Figure Skating media call. “It was a disappointment because I had high expectations for myself.”

Since returning home from Seoul, Gold says her training has been consistent and that she is not expecting a repeat performance from Four Continents. She is looking to end her season on a high note.

“If I were to turn on my music at any time of the day, I would not skate as poorly as I did at Four Continents,” Gold said. “I was just so nervous, and it just didn’t feel like me out there. I have had an up-and-down season and I’m looking forward to finishing up strong.”

While many predict Wagner and Gold to be Team USA’s best chance to medal at the World Championships, Polina Edmunds is making a name for herself and wants to be on that podium. After finishing fourth at the U.S. Championships in Greensboro, Edmunds turned some heads when she placed first at the 2015 Four Continents Championships in Seoul, earning her biggest win of her senior career. Edmunds now has her sights set on bringing home a medal from Shanghai.

“I’m coming to win. I’m coming to be on the podium, “said Edmunds during her U.S. Figure Skating media call. “Nobody’s training to come in 10th.”

The ladies short program begins March 25, with the free skate on March 27. Subscribers can watch both programs at 10:30 p.m. Eastern on March 25 and 27 on icenetwork.com.

Like the ladies, the men have also seen a similar drought when it comes to making the podium at the World Championships. Evan Lysacek won the 2009 World Championships on home ice in Los Angeles. In 2011, the U.S. men lost their third spot at Worlds.  It wasn’t until last year when Jeremy Abbott and Max Aaron regained that third spot for the U.S. men, by finishing fifth and eighth, respectively.

Leading the pack is 2015 U.S. champion Jason Brown, who is competing in his first senior World Championships. Brown, who attempted his first quad in competition at Four Continents, has stated that he will not attempt the quad in Shanghai. He told journalists during his media call last week that his quad toe loop is not yet consistent enough in practice.

“It’s something I work on every day, but it was not at the consistency level that we want to put it in the program for Worlds,” said Brown. “I know I’m going to get the quad one day and it’s going to be incredible.”

Despite no quad, Brown says he has what it takes to be competitive against some of the top skaters in the world.

2015 U.S. bronze medalist Joshua Farris is also heading into his first World Championships. He is coming in with a lot of momentum after he claimed the silver medal at the Four Continents Championships.

In our interview with Farris, after he returned home from Seoul, he told us he was planning to add a quadruple toe loop in his short program for Worlds, but a broken blade caused him and his coaches, Damon Allen and Christy Krall, to change their plans.

“For my World debut, I would like to go in confident and feeling ready, just as the same as Nationals and Four Continents, so we decided to take the quad toe out of the short program and keep everything the same,” explained Farris in his media conference call for U.S. Figure Skating.

It has been like the tale of two seasons for Farris. After withdrawing from Cup of China due to injury and a very disappointing performance at NHK Trophy, Farris had to refocus his training, which he credits for his success later on this season at Nationals and Four Continents.

Farris said, “I kind of had to grow up a little bit. There were still some things I was immature about training wise. Not that I didn’t respect the sport before, I had to gain even more respect for it.”

Farris has high expectations for his World debut.

“I believe if I skate the best that I possibly can, the way that I know I can skate, I will contend with the top athletes,” said Farris.

Of the three men, 2015 U.S. silver medalist Adam Rippon is the only one who has competed previously at the World Championships. His first Worlds was five years ago, in 2010, when he went as the second alternate, finished solidly in 6th place, and helped retain three men’s spots for 2011. Rippon made another appearance in 2012, placing 13th.

After his high at Nationals when he won the free skate and took home the silver medal, Rippon competed at Four Continents in South Korea, and finished in 10th place. Despite falling on his quad Lutzes in both programs in Seoul, Rippon is planning on doing the jump in both programs in Shanghai.

“I’m not the fragile skater people sometimes think I am, I really am a gutsy competitor,” Rippon said. “I know I can land clean quad Lutzes. It’s all about the experience. I’ve had success (with quad Lutzes) at nationals, although they weren’t graded clean. It’s better for me to go for everything than to play it safe. I don’t believe in playing safe.”

Rippon is hoping to be the first men’s skater to be credited with landing a clean quad Lutz at the ISU World Championships. He also believes if his quad goes well and he lands all his other elements, that a top five finish is reasonable.

“I’m not done. My time is now,” said Rippon. “I’m not old. Age is just a number. I’m totally in the best shape of my life and I’m ready. I think with that mentality, my placement will follow.”

2015 U.S. champions Alexa Scimeca and Chris Knierim are returning to the World Championships after placing a promising 9th in their 2013 debut. Since their 5th place finish at Four Continents in Seoul, the pair has worked on their quad twist, which was debuted in their 2015 Nationals free skate. Scimeca says they did not execute the quad twist to the best of their ability in Seoul.

“We still think it is worth the risk whether we get a good catch or not, ” Scimeca explained during the team’s media conference call. “I really think the week of Four Continents, for all the athletes that came from U.S. Nationals, we were a little bit fatigued and I think that played into it. Now that we have been back and had a little more time to recoup, I’d say the twist is better and we are hoping to execute it at Worlds along the lines that we did at U.S. Nationals.”

Since Four Continents, the team have made minimal changes to their programs. They worked on really improving the consistency of their side-by-side jumps. Knierim feels they are capable of a top six finish at Worlds.

“We are going to need two solid programs to be able to do that, ” Knierim admits. “We expect ourselves to go out there and put up two clean, solid programs and compete with the top teams in the world because we know we have the ability.”

2015 U.S silver medalists Haven Denney and Brandon Frazier are heading into their first World Championships after a seventh place finish at Four Continents. They are also going into the World Championships with a change to their coaching staff. Ingo Steuer, who has worked with the team for most of the season, will now be Denney’s and Frazier’s primary coach, replacing John Zimmerman and Silvia Fontana.

“Having Ingo here training us really opened Brandon’s and my eyes to the future and where we want to be and where we are now with our careers and our skating, and I think a coach, like Ingo, really knows how to train and prepare a team mentally and physically for where Brandon and I want to be in our career,” said Denney.

Since Four Continents, the team has not made any big changes to their programs. They have worked on the footwork sequence in the short program, making it clear that they are going for a Level 4 in that element.

With more of the top pairs teams attempting harder tricks, Denney and Frazier are thinking ahead to the future. Last summer, they practiced a throw quad Salchow. Once the season over, they will resume working on that element, along with perhaps trying the quad twist.

Follow Ice-Dance.com for everything ice dance during the World Championships. 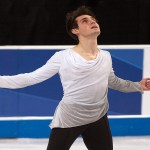 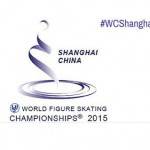