Editor’s Note: Figure Skaters Online is excited to welcome 2020 U.S. silver medalist Mariah Bell with the launch of her official website. You can check it out at mariahbell.figureskatersonline.com. 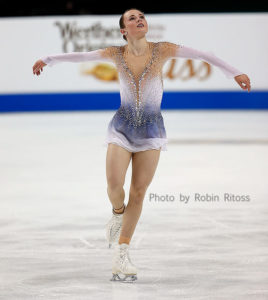 When Mariah Bell stepped off the ice following her unforgettable free skate at the U.S. Championships in Greensboro, North Carolina Jan. 24, she never realized that would be the last time she would compete during the 2019-2020 season and that she would spend almost three months off the ice. At the time, the reigning U.S. silver medalist hadn’t even heard of the coronavirus.

“When I got off the ice (following my free skate) and went into the mixed zone, I was chatting with Bradie (Tennell) and Bradie was like, ‘Are you going to go to Four Continents (Championships)?’ Obviously, I didn’t know what my plan was at that point, and she said ‘there’s this virus going around.’ Hearing her say that was the first time I had ever heard of this coronavirus in anyway,” Bell explained. “To find out that is going to be what ends our season is kind of surreal.”

Bell opted to forgo competing at the Four Continents Championships in Seoul, South Korea in February to prepare for the upcoming World Championships in Montreal, Quebec. Like her fellow competitors, the 24-year-old was disappointed when the competition was cancelled March 11, which meant she wouldn’t get the opportunity to perform her  “Hallelujah” free skate on the world stage.

“I’m super bummed that I didn’t get the opportunity to compete, but obviously, it makes sense and all of this kind of put things in perspective and figure skating is really not important right now given everything that’s going on,” Bell said.

Just days after Worlds was cancelled, Great Park Ice and FivePoint Arena in Irvine, Calif., where Bell trains with coaches Rafael Arutunian and Adam Rippon, closed its doors as coronavirus cases started to spread throughout the U.S. As everything started shutting down, Bell went to live with her parents, Kendra and Andrew, and her older sister, Morgan, in the family RV. When Mariah relocated to Southern Calif. for training in 2016 and Morgan left home to join Disney on Ice‘s Frozen tour, the Bells decided to sell their house in Colorado Springs and purchase the RV.  Andrew’s work is based in Switzerland and when Kendra isn’t in Switzerland with him, she’s in Dallas caring for her parents, Mariah’s grandparents, or in Southern Calif., spending time with Mariah.

“It has been like seven years since we had all been together and spent this much time together,” said Bell. “I know that there are people who didn’t get the opportunity to maybe go home or they were spending quarantine by themselves and I’m just so lucky that I got to spend it with my family.” 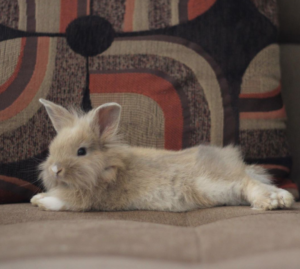 While staying with her family, Bell spent time swimming and paddle-boarding. She also got a second rabbit that she named Turbo, picked up tennis, and did some painting. Bell said she also learned how to drive her boyfriend Romain Ponsart’s car, which had been sitting idle in Calif. while the French skater has been back in France during the pandemic. Bell said the two were supposed to see each other at the World Championships in March and then spend some time together in France following the competition. Ponsart is currently training in Vaujany, France, and is waiting until travel bans are lifted and decisions are made about the season before he returns to the U.S., Bell told Figure Skaters Online.

“We have been apart for like six or seven months, which has been obviously very hard, but we’re so lucky that we have FaceTime and was been FaceTiming all the time,” she said.

In addition to spending time with her family at the RV resorts, Bell said she has also done plenty of off-ice training in Calif. She and training mate, two-time world champion and four-time U.S. champion Nathan Chen, were able to do social-distancing workouts with trainer, Brandon Siakel, who was living in California during the pandemic. Bell and Chen also worked on off-ice jumps with Arutunian at basketball courts in Newport Beach, Calif.

“I hadn’t really been somebody who has done off-ice jumps much so it was interesting because there was a lot to learn with off-ice jumps,” Bell said.

Bell said she did have some opportunities for private ice at some of the surrounding rinks in California, but she didn’t fully return to training until Great Park Ice re-opened in mid-June. The first time out on the ice felt a bit strange, Bell remarked.

“My feet were sore for a while because they hadn’t been in (skate) boots and I felt weak in terms of the muscles used when you are skating are different than you use anywhere because the movement is so unique to the ice. So it was very very weird,” Bell described.

“I have been very fortunate, knock on wood, to not have had injuries that have taken me off the ice for long periods of time. So this was my first experience really taking that much time off. So it was very interesting. I didn’t feel concerned because everybody’s in the same boat,” she added.

Bell said she had to started slowly building her strength back up, but that her off-ice training helped with that. Bell noted that she also didn’t start jumping right away, but when she did, she started doing double jumps at first. Now after a few weeks back, Bell said everything is pretty much back to normal and going well. 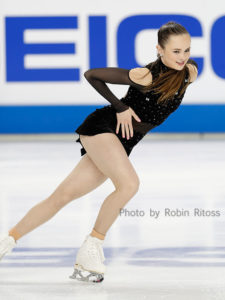 In addition to returning to training, Bell was able to work with her choreographers, Rippon and three-time Olympic ice dancer Shae-Lynn Bourne, on her new programs. With Bourne, Bell said they were able to get private ice to work on her new free skate and with Rippon, they worked on her short program at Great Park Ice and on private ice at another rink. While Bell did not disclose to Figure Skaters Online what she would be skating to, she did provide some details into her new programs.

“I can say that my long is something new for me. It’s something that I haven’t done,” Bell explained. “I’ve done something a little more slow the past few years so it is not quite that. Then my short program is pretty much completely different from my short last year as well (medley by Britney Spears). So something new and exciting for both programs.”

Normally, Bell would know by this time when and where she would be debuting her programs for the new season. Usually, Grand Prix assignments would be released by the International Skating Union (ISU) by the end of June and some skaters would be participating in summer club competitions, like the Broadmoor Open and Philadelphia Summer Championships. Yet, whether there will be a 2020-2021 figure skating season remains to be seen. The ISU Council announced on July 20 that the 2020-2021 Junior Grand Prix Series has been cancelled. They will hold a virtual meeting regarding the senior Grand Prix Series on August 3. Bell said, like her fellow competitors, she is just waiting to see what the ISU and U.S. Figure Skating chooses to do.

“If there is a skating season, that would be awesome,” Bell stated. “If there’s not a season, obviously, I completely understand. It would be a bummer and a little disappointing, but it would completely makes sense. We’ll just have to wait and see, but whatever it is, I’m with my coaches and we have to make the most of it and make sure that our health and our safety of our health is the number one priority.”

Other sports, like Major League Baseball (MLB), will start an abbreviated season July 23 without fans allowed in the ballparks. The National Basketball Association (NBA) will resume its 2020 season July 30 without fans. If there is a 2020-2021 figure skating season, there’s a strong possibility it could go on without fans in attendance. Bell said if that is the case, it would definitely be interesting.

“I feel like skating is really a spectator sport. There would haven’t been my Nationals moment without people there. That is really what made it what it was, people watching, cheering and supporting,” Bell told Figure Skaters Online. “I really feel like skating is for people to see and to support and cheer. If that (no fans in attendance) is what make sense this year and that’s what will keep everybody safe, then that’s what we’ll do. It is such an interesting situation because we don’t know what this (the season) is going to be yet. We’re just kind of waiting around so it’s very interesting.”

Despite the unknowns involving the season, Bell is remaining focused on her goals, which is keeping her motivated to continue training.

“I think the biggest thing is I’m not competing for this season; my career isn’t based off of this one season. I have so much more I want to do beyond just this season,” she declared. 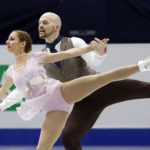 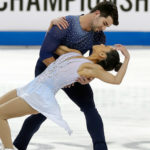 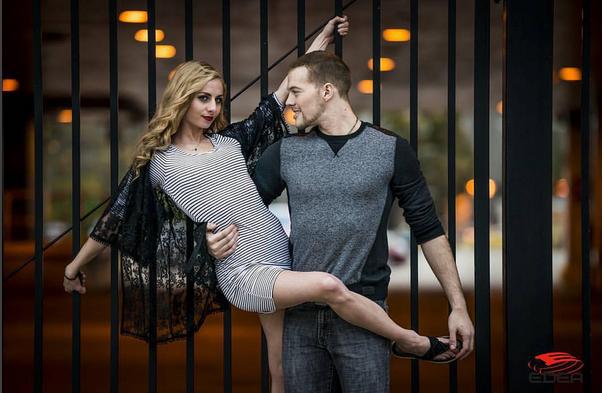