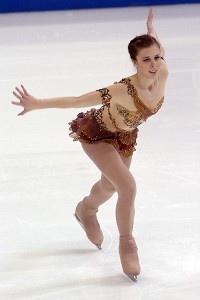 Wagner’s routine set to “Once Upon a Time in America” featured a triple flip-double toe combination, a triple Lutz and two Level 4 spins. Although her double Axel was downgraded for under rotation, the program was still judged as the best of the day, and marks the first time Wagner has won a short program on the Grand Prix.

“I am pretty happy with my short program,” Wagner said. “Obviously first place is a good place to be, but it was not my best performance. My double Axel was downgraded. That was a little silly of me, but tomorrow in the long program I’ll be able to redeem myself and do a clean double Axel like a senior lady should be able to do.”

Wagner skated clean in the short program at the Rostelecom Cup but only finished fifth, likely because did not receive the levels that she expected on certain elements. While training over the past week in Graz, Austria, where her coach Priscilla Hill was for the Ice Challenge event, Wagner worked on improving her levels as well as the enterance on the Lutz, which lost her points in both programs.

Ando opened her program to a modern version of Wolfgang Amadeus Mozart’s “Requiem” with a triple Lutz-double loop, although she two-footed the landing on the first jump. She fell on the triple flip but recovered to land a clean double Axel.

Reigning Junior Grand Prix Final Champion Becky Bereswill made her first career apperance on the Grand Prix with a 12th place showing in the short program. She has 36.26 points heading into Saturday’s free skate, where she will perform first.

On Saturday, the competition continues with the original dance, pairs free skate, men’s free skate and ladies free skate. The free dance will decide the ice dancing medals on Sunday. 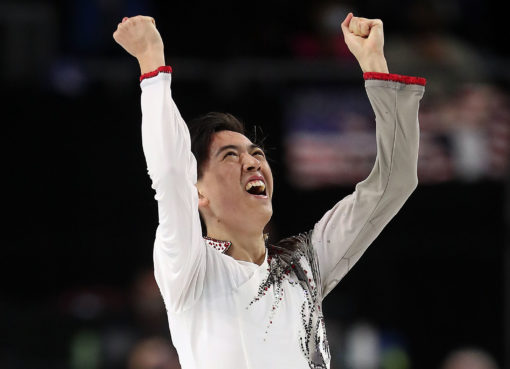