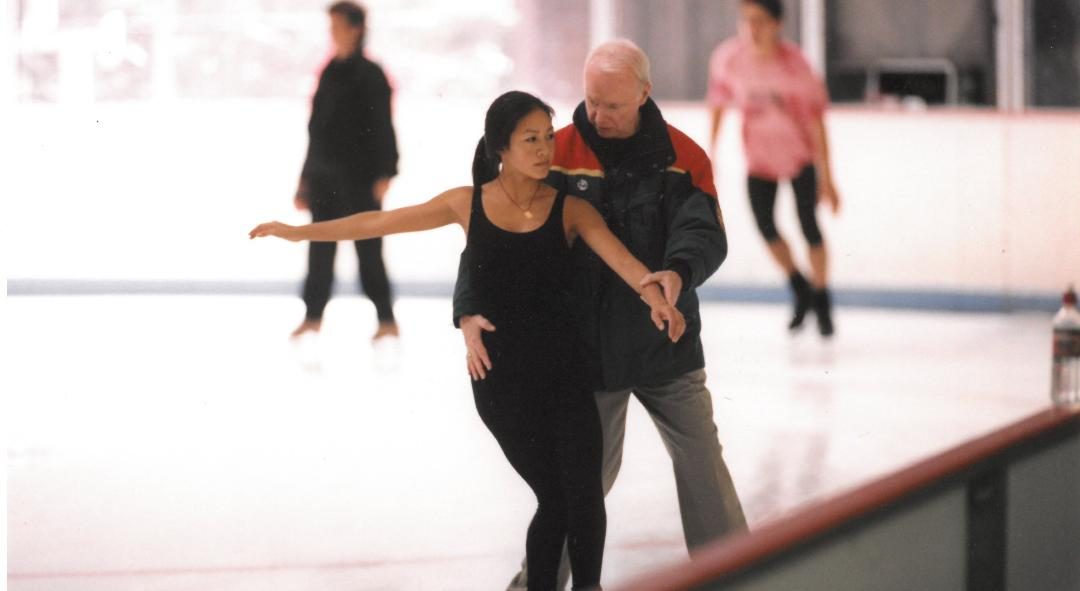 The Ice Theatre of New York is honoring renowned coach Frank Carroll with their annual Lifetime Achievement Award (Read our article about Ice Theatre of New York’s gala here).  Though Carroll has retired from coaching, the 81-year-old still place an active role in the sport, working with coaches and mentoring skaters. So while talking with Carroll about this upcoming recognition, Figure Skaters Online‘s Maura Sullivan Hill talked with Carroll about the advice he gives other coaches, how he approached big competitions, his thoughts on his former student Gracie Gold’s comeback and why he never makes predictions in figure skating.

Figure Skaters Online (FSO): What do you think the future holds for 2019 U.S. Champion Alysa Liu, who you have been mentoring?

Frank Carroll: “She is a darling girl; she has a great personality. She is a kid; she runs around with the kids at the rink in Oakland and they play all these games and they’re silly and they have fun. She may be the national senior ladies champion, but basically, she’s a little girl. A very sweet, kind little girl. Until she gets on the ice, and then she becomes a tiger. I don’t make any predictions and think that people who make predictions in skating don’t know the way life in figure skating turns out. A lot of times, it’s the people you think are down who come back, like  what Gracie Gold is trying to do. And the people that are on top that think they are the hotsie totsies that fail. I just wish Alysa the best and I’ll do whatever I can to help her. Her coach is very smart. Laura Lipetsky [a former Carroll student] knows what to do. She knows how to seek help, where to go, who are the best at what they do, who to listen to and who not to [listen to].”

FSO: Speaking of Gracie Gold,  what do you think of her comeback?

Frank Carroll: “Well, I think that if she does succeed, it will be wonderful for her. She went through a deeply emotional, disturbing time in her life and unfortunately, she was unable to share that with me.  I knew there was something wrong, but these kids, when they have a problem, they don’t open up about it, they keep it hidden. Sometimes they don’t know what’s wrong with themselves. Part of what we do in coaching skating is being basically a psychologist. I’m very grateful for the courses I took at Holy Cross [where Carroll went to college in his hometown of Worcester, MA] that had to do with psychology, because I think that understanding behavior and interactions with other human beings was a very helpful thing for me.”

FSO: Not only do you mentor skaters, but you have also made a point of helping other coaches throughout your career, like Laura Lipetsky and Kori Ade. Why is that a priority for you?

Frank Carroll: “Well, first of all, a lot of them are terrified. It could be their first national champion, their first exposure to the politics and the deep, deep worry or nerves that go along with [it]. One of the most nervous things in the world is to have somebody who is world champion, or somebody who’s a national senior champion, go back to Nationals or the worlds and standing there with them while they defend their title. This is a great deal more difficult than winning the title. When they win, they are all ambition and all freedom and, ‘I’m gonna win this, I’m gonna for it,’ not the fear of, ‘Who am I? What’s going to happen to me?’ They [other coaches] ask how I got through different situations, how did I handle it? How did I handle parents? What did I do when every judge was making a suggestion that I change something or do something differently? How did I make my decisions? I’m happy to share with them only my own experience, my own thoughts. It’s not necessarily the way they should go, but they do value the fact that I would give them the time to tell them how I feel about it.

Number one, you gotta realize it’s all about them [the skater]; it’s not about you. This is their life, their career. You know, people will say to me, ‘You made Michelle Kwan the most beautiful skater, the world champion!” or ‘You made Evan Lysacek the Olympic champion!” That is not true. I was there to guide them and to help them. They made themselves the world champion and Olympic champion. They had the guts; they had the passion; they had the ability. I was just there to direct and give them emotional support and encourage them. And I always felt, in that moment when they’re so under stress, I had to be very, very calm. And I had to be totally in control and just appear like I had no emotions whatsoever. Everything was just as it goes every day. Everything is calm, everything is great, you’re going to do exactly the way you trained it. No ups and downs and all that. I might have been dying inside, but I learned never to show any kind of emotion at a competition—just to appear to be totally in control.

FSO: You’ve spoken at length about the influence your coach, Maribel Vinson Owen, had on you. What kind of impact do you think you had on your own students?

Frank Carroll: Maribel Vinson was one of the most generous, kind, authoritarian, knowledgeable, brilliant, magna cum laude graduates of Radcliffe College. She was very intimidating to me because I felt that her mind was quicker than mine. I’ve never met anybody that I thought knew what I was thinking, not only what I was saying, but what was in the back of my head. Her whole philosophy of everything is what I’ve taught over the years, about training, discipline, and taking responsibility for my life. That’s the greatest lesson I ever learned from Maribel, was to take total responsibility for my life—never to blame anybody, not for anything. Not the judges, not the ice, not my skates. What I did on the ice was what I did, and that was my responsibility and I think that’s a great lesson that young people today have to learn, to stop blaming other people.

This interview has been edited and condensed for clarity. 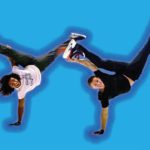 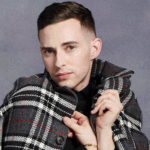 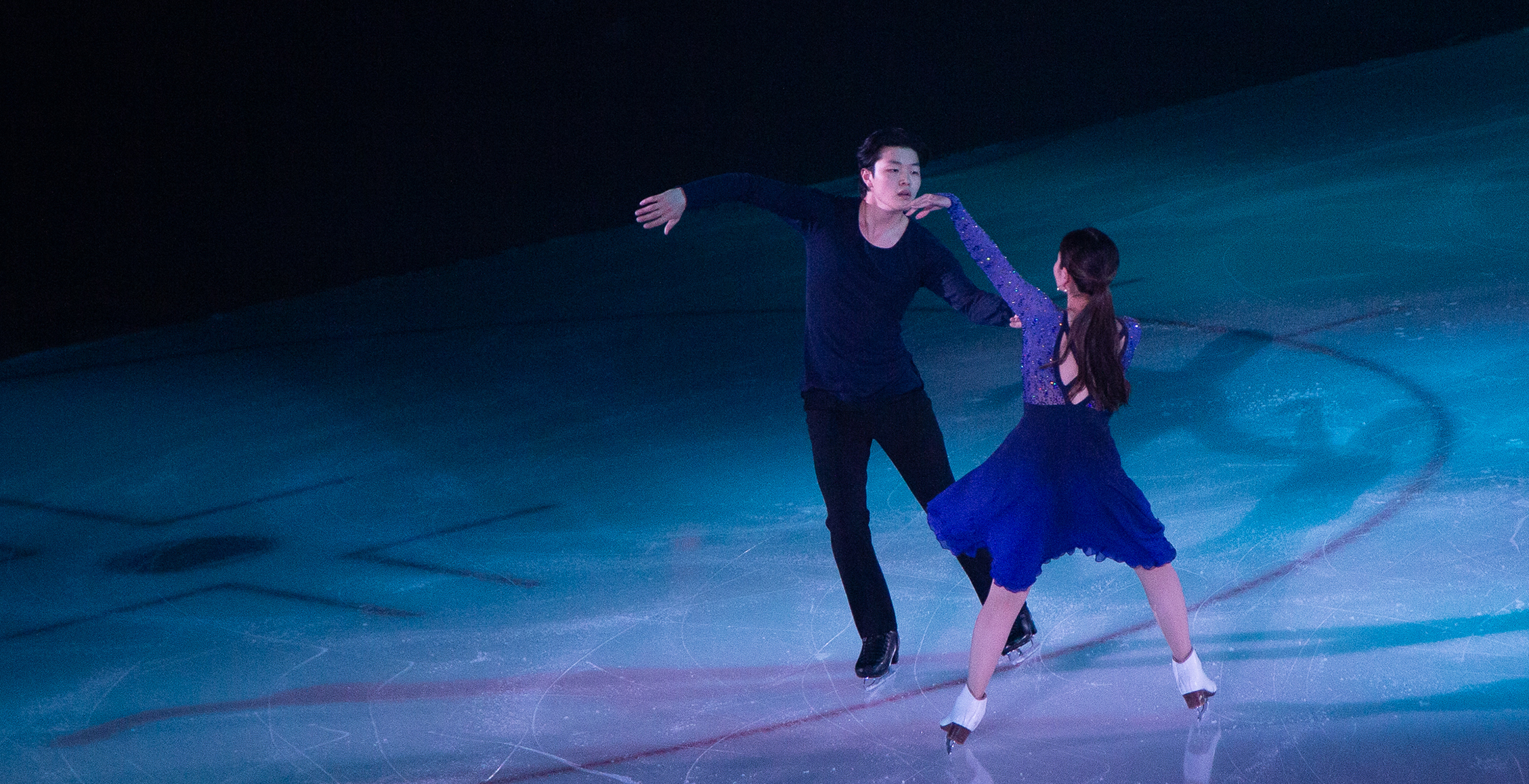